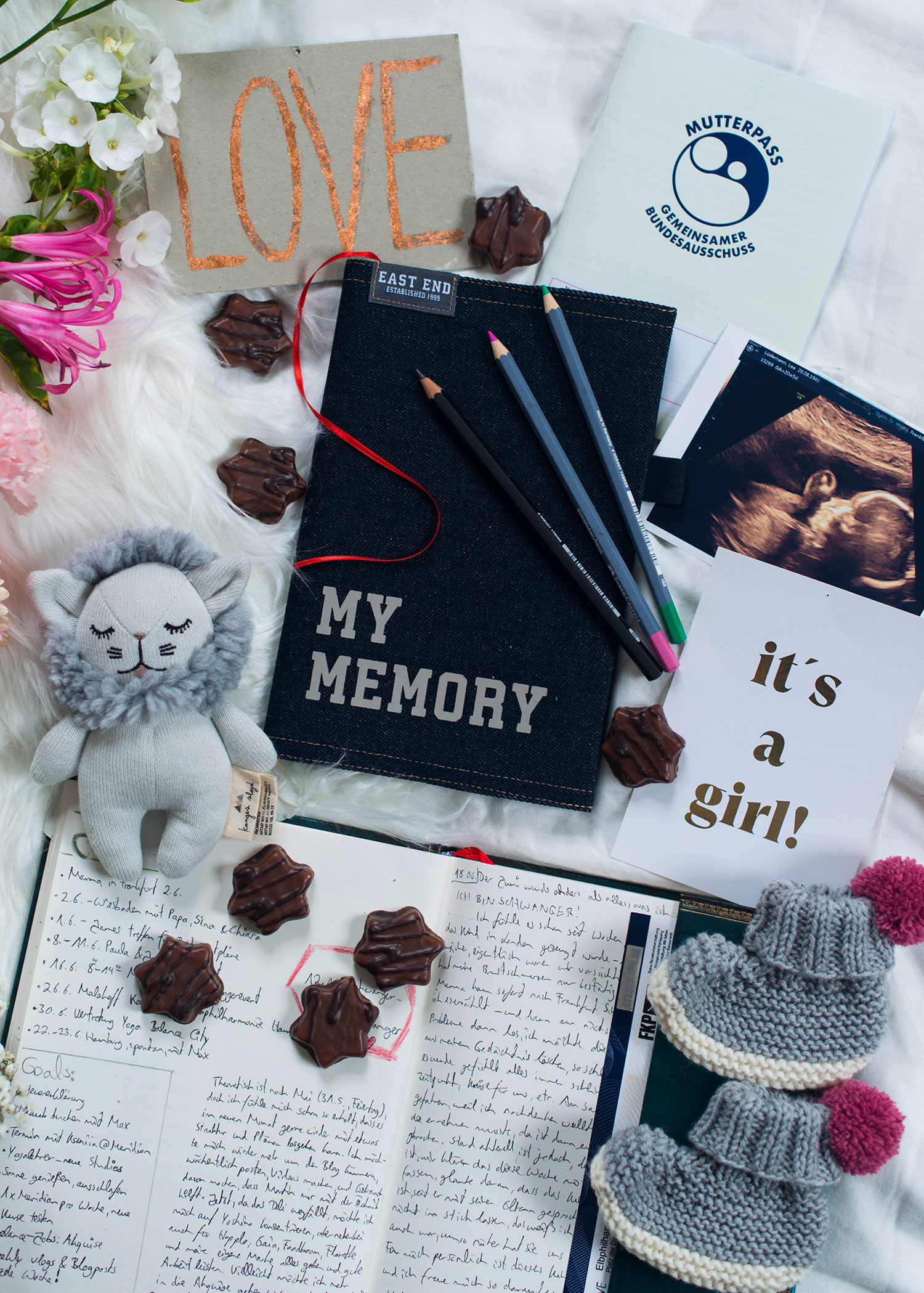 2018 – what a year! My end-of-year review in collaboration with EAST END

Wow, 2018 – you were a lot! Exactly a year ago – in 2017, the year of my relocation from London to Frankfurt, the launch of my book Happily Healthy and the year of my yoga teacher training in India – I wrote down in my diary that I long for a calmer 2018 with a focus on my personal life and less ambition to push my career.

Apparently, however, 2018 had different plans for me. In March already I noted down that I’ve had enough: Can I please chill for the rest of the year?! In short, the beginning of 2018 looked like this: In January, the first episode of my cooking show with Foodboom was filmed, and I cooked a 3-course-meal for 50 guests at Libertine Lindenberg. In February I started teaching yoga – oh how nervous I was. In March I did a catering for 70 people with recipes from my book. This, too, was a big event for me, linked with lots of nervousness.

After a long, dark, eventful winter I was ready for some holidays by the end of March. But instead of flying somewhere warm, I decided to take on yet another fresh challenge: I co-openend a deli in Balance Yoga Institut. Hence, I spent spring 2018 writing a concept for the deli, hiring staff, researching suppliers, writing rotas and menus. It was a lot of work – too much, I quickly realised, especially because I did all the work besides my full-time job. I should have known that I would never be able to do a good job, and I quickly was very frustrated, because, simply, I was over-challenged. 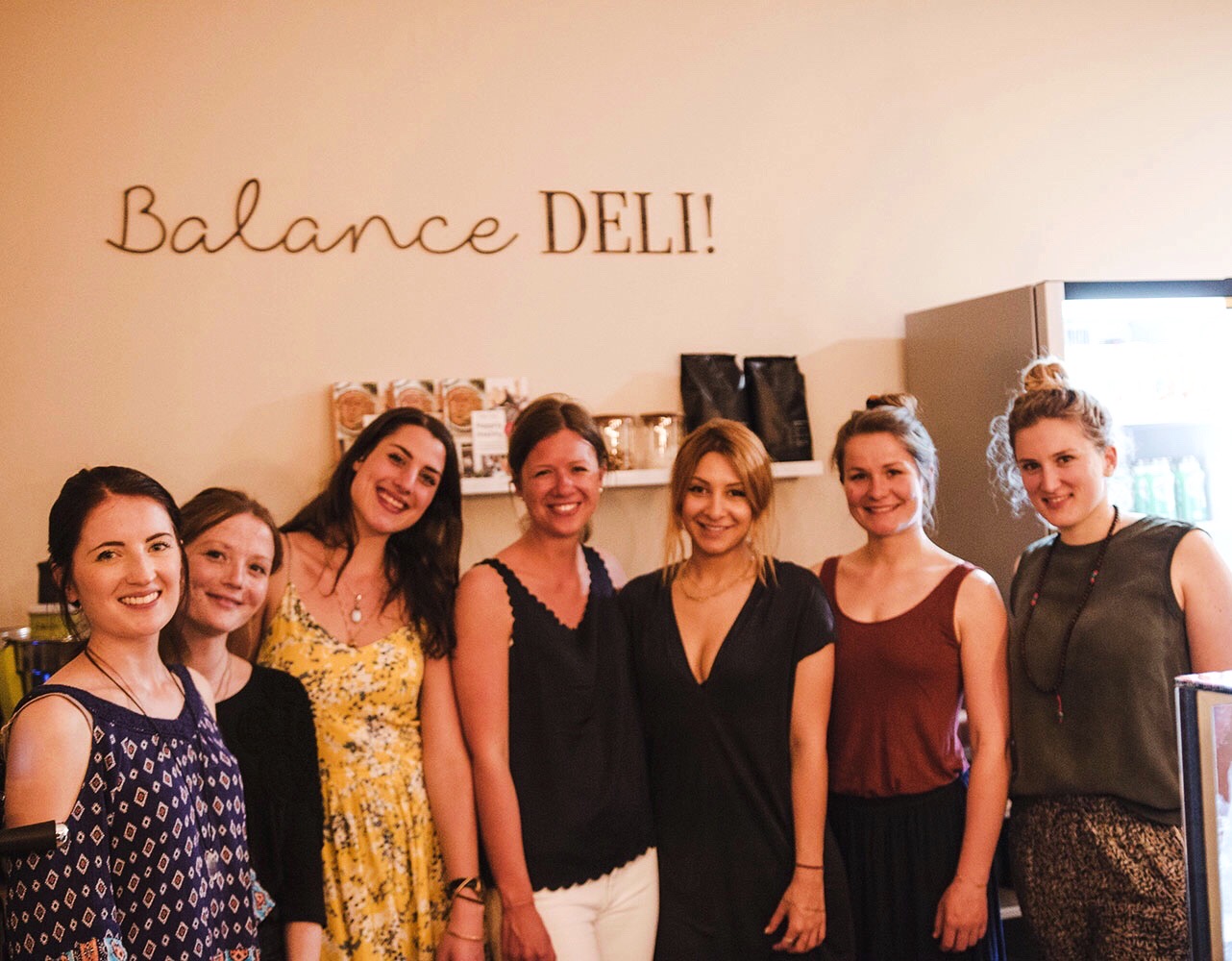 After we opened Balance Deli at the end of May, I immediately gave up my position as manager. It was a tough decision to make, but I realised that I could not do my job „good enough“ to my own needs. Giving up something is not my thing at all, so I struggled for a while with my decision, but eventually found that I had learnt a lot nonetheless – also by saying “no”.

So, could I get some rest then? Well, no. Instead I found out I was pregnant. Oh wow! That was not planned at all, but apparently the stress at the deli had confused my cycle quite a bit. 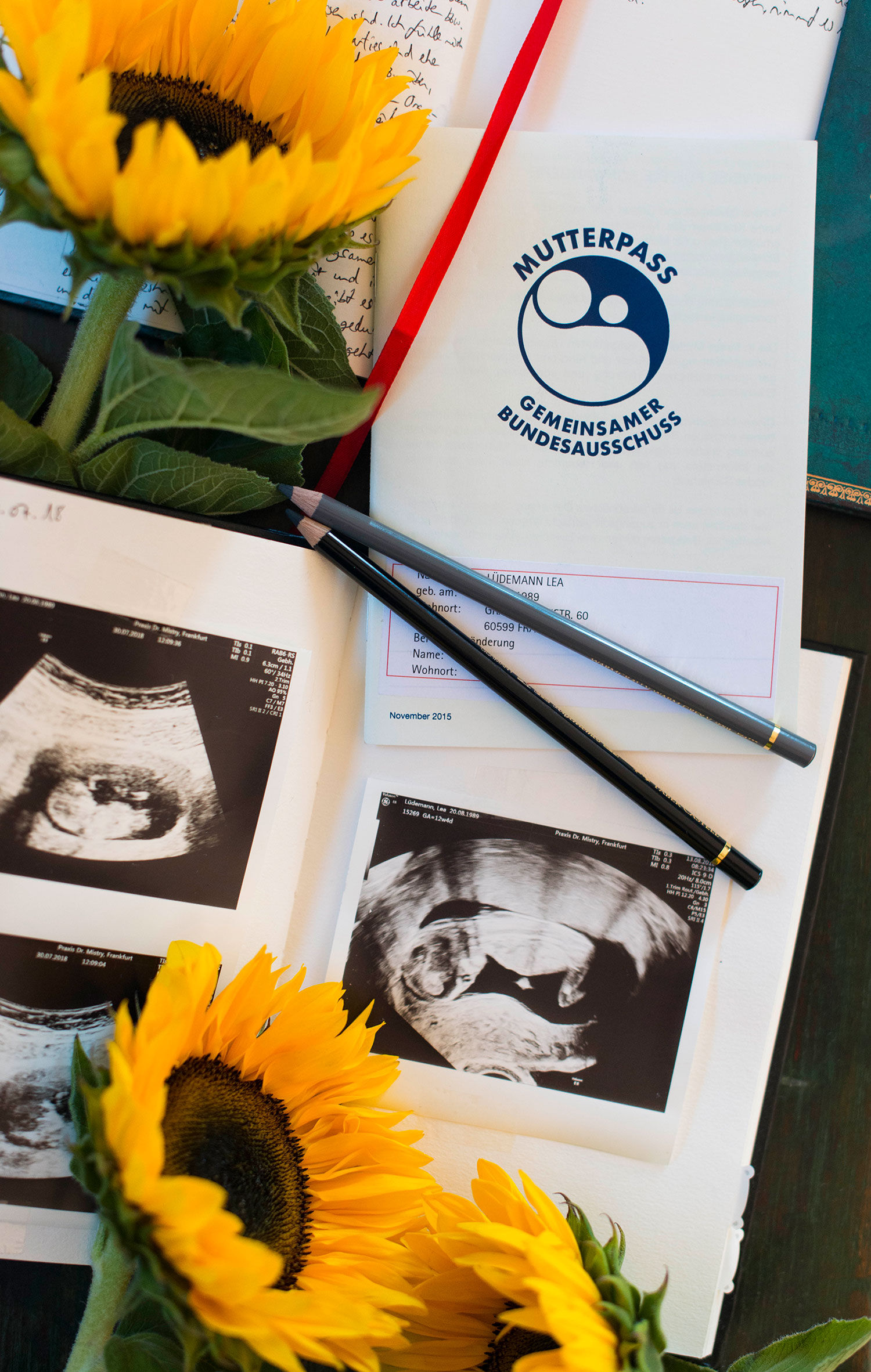 There’s no need to say that the rest of 2018 was pretty much a roller coaster ride, both emotionally as well as physically. I had to go through many insecurities, doubts and emotions. A baby? …My boyfriend and I seemed to be so not ready for this. However, they say there is no such thing like the right time for a baby, and so now, towards the end of the year, I am happy and proud to say that we managed pretty well to get used to our new role – the role of parents to be. By now, the excitement and love for my baby girl is bigger than anything else I have ever felt, and I am so ready to meet her soon!

Funnily, my wishes and resolutions for 2018, which I summarised in this blogpost in collaboration with EAST END | ESTABLISHED 1999 a year ago, did therefore come true. I had to face some extremes and make some detours, but my focus definitely switched from my career towards my personal life. My new role, the role of being a mother, feels pretty natural to me already.

This year I once again collaborate with EAST END for this end-of-year review. I looked through my bullet journals, diaries and the baby album to remember everything that happened in 2018 before writing this text, and as so often I cannot believe that all of the above happened within twelve months. It was a very challenging, special year for me, one in which I have learnt more than ever about myself and my relationships and also about feelings which I did not know before. Thanks to my diaries I am sure I will remember 2018 as a very special year – even when I am old and grey. 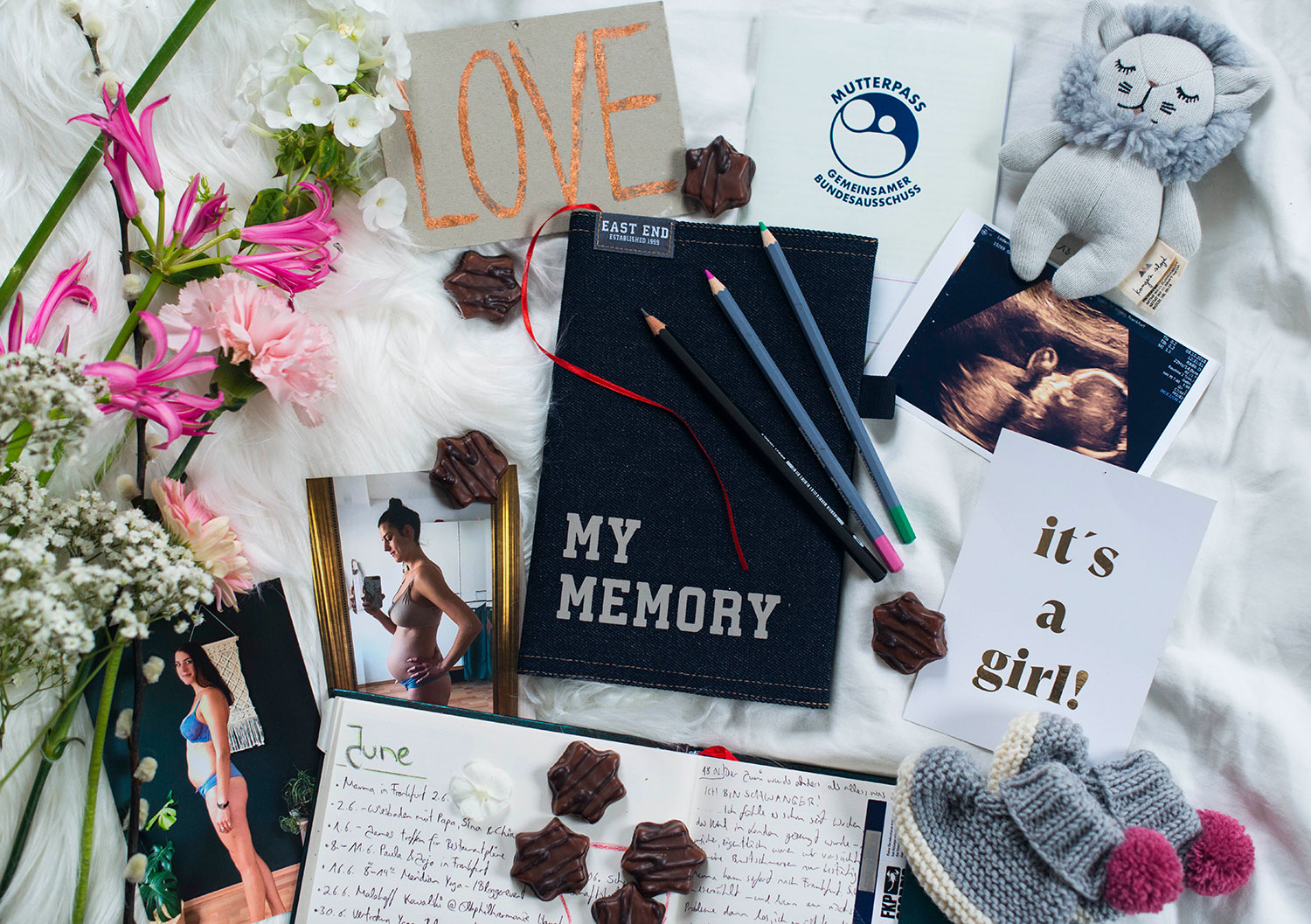 I hope you, too, are able to sit back and reflect on 2018. Do you write down your thoughts, feelings and impressions in a diary or bullet journal? Personally, I have been doing this for the past ten years, and it honestly is the best way to make memories forever. 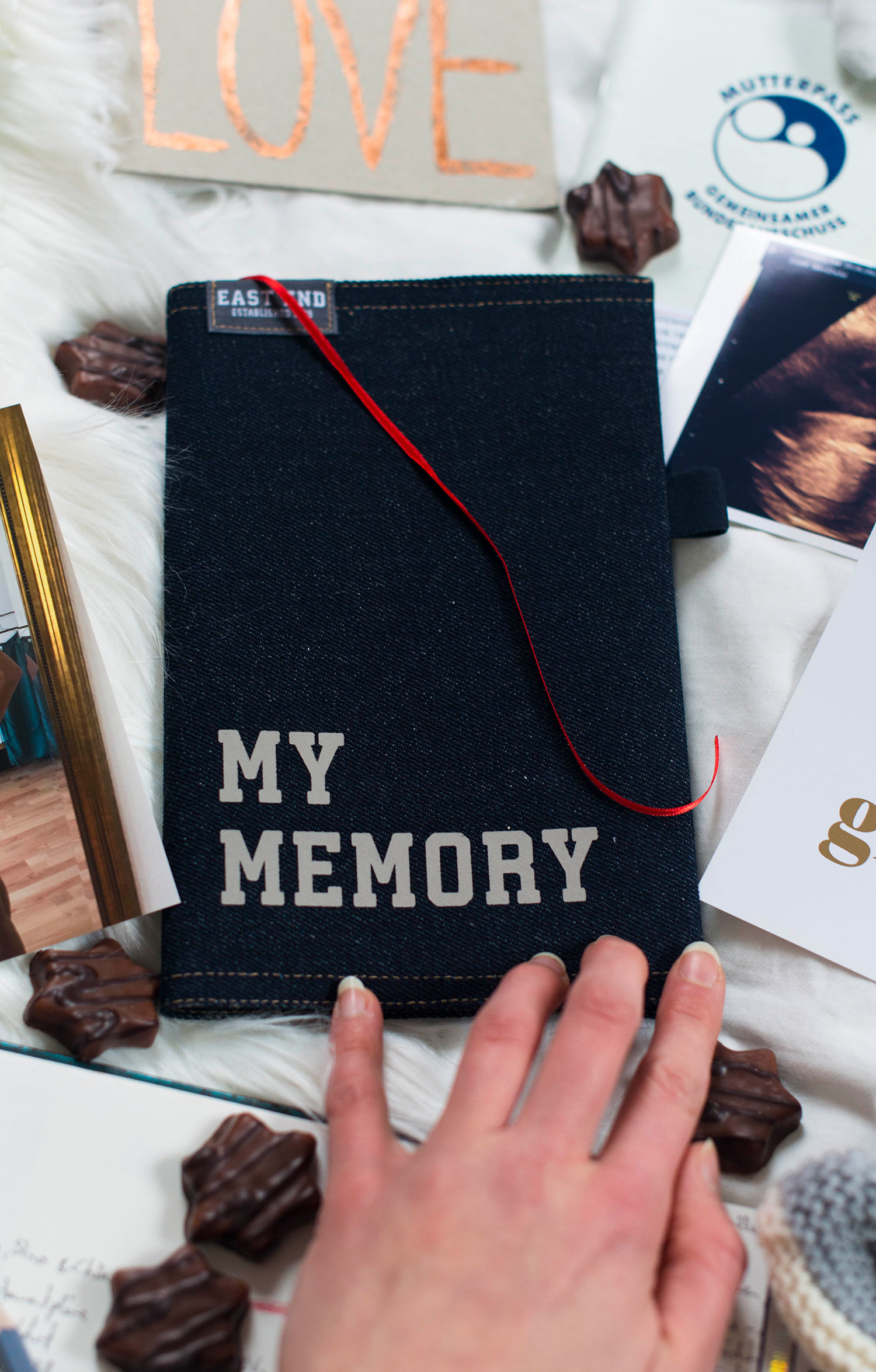 I am very happy that EAST END chose me once again for a collaboration – especially as the current fashion item, the diary pocketbook “My Memory”, goes so well together with my passion for writing. I already wrapped my 2019 calendar in the pocket, and can’t wait to start writing down all the memories that I will want to hold on to next year – the year of birth of my first daughter.

This blogpost has been created in the context of a paid collaboration with EAST END. 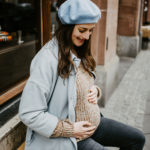 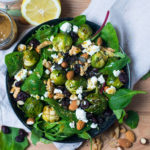 Salad with oven-roasted Brussels sprouts, cranberries and a nut vinaigrette 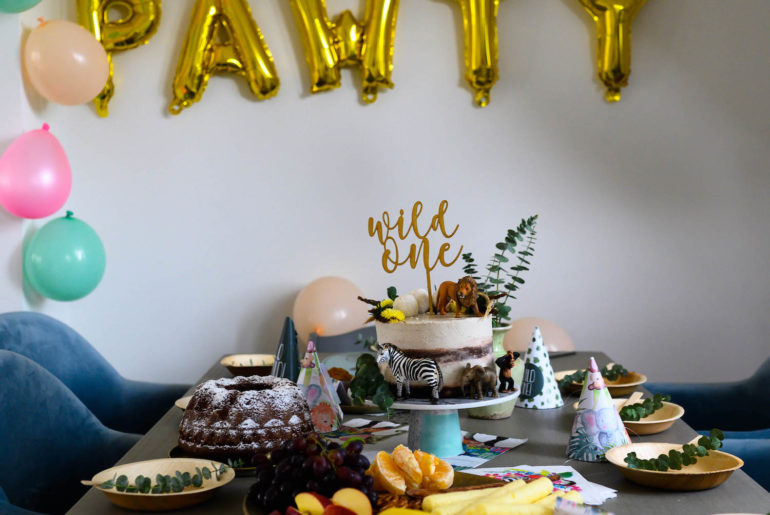 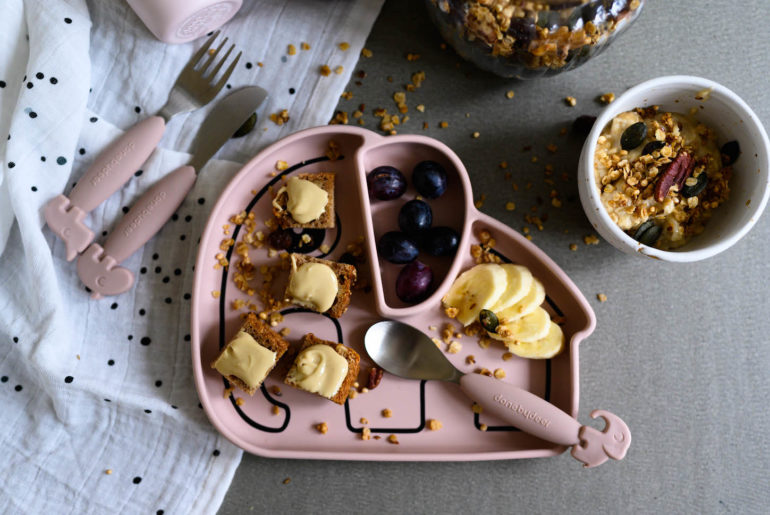 Baby food: seven facts and my experience about our way from baby’s first meal to eating real food 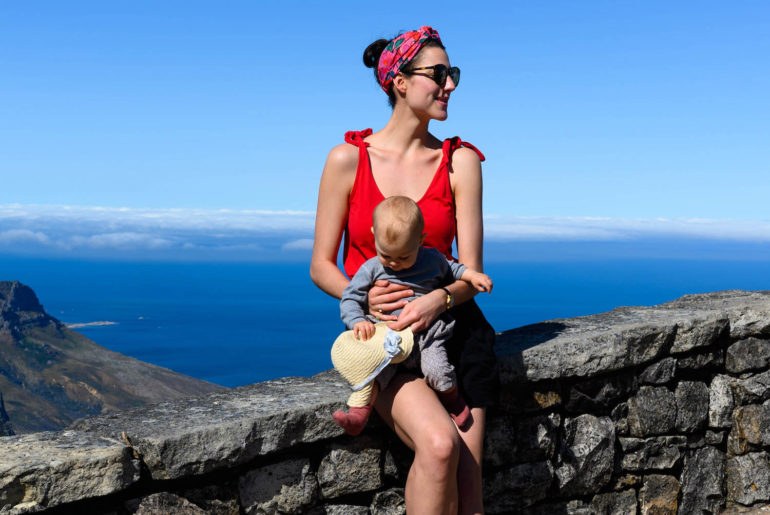 Travelling with a baby: Hello from Cape Town / a first update of our parental leave