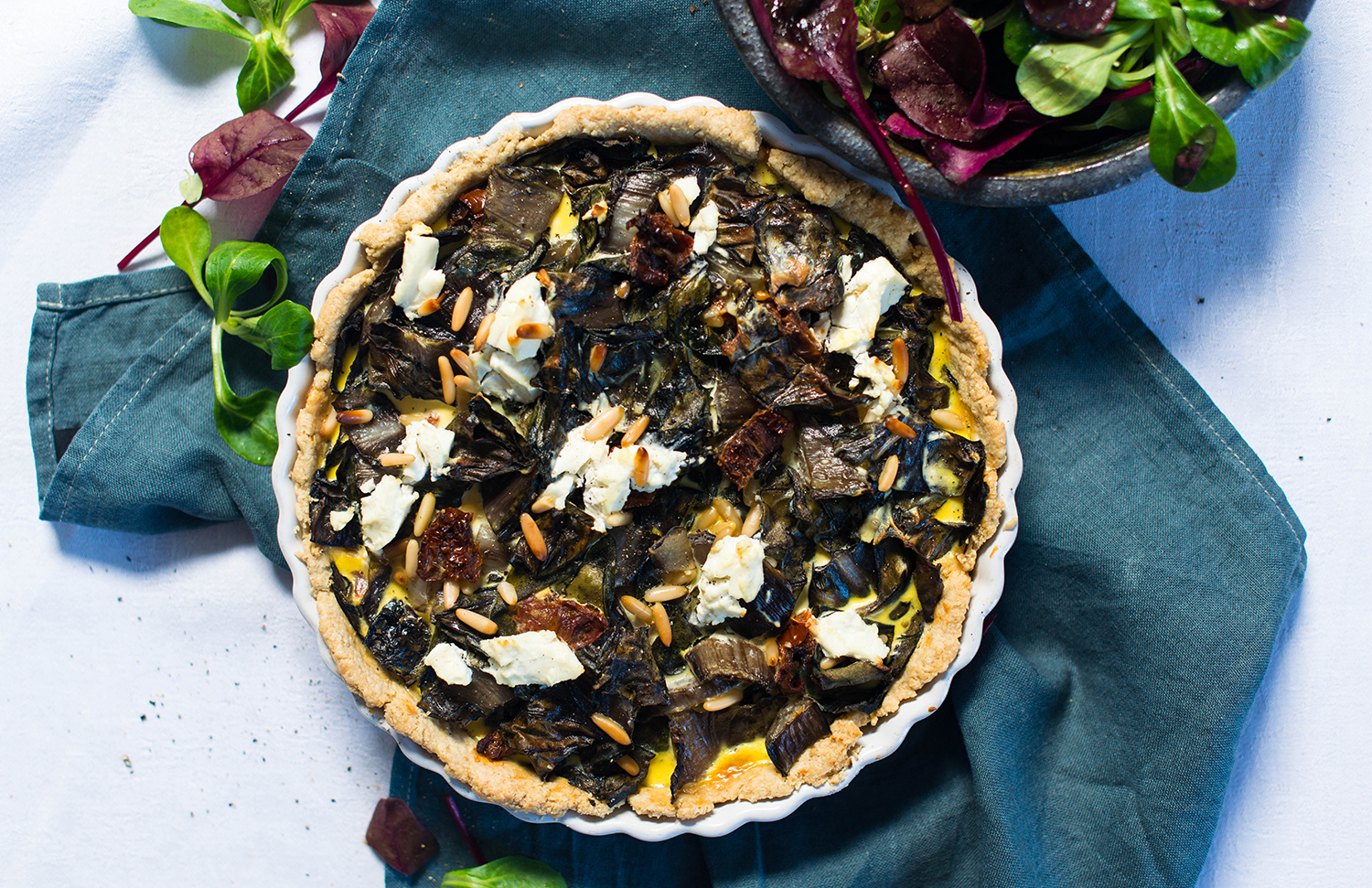 I supposed we all want something hot and comforting from the oven, given the never-ending rain outside. In collaboration with Florette Deutschland I have created a recipe for a quiche with chard, goat’s cream cheese and sun-dried tomatoes. Find the recipe on the blog today! 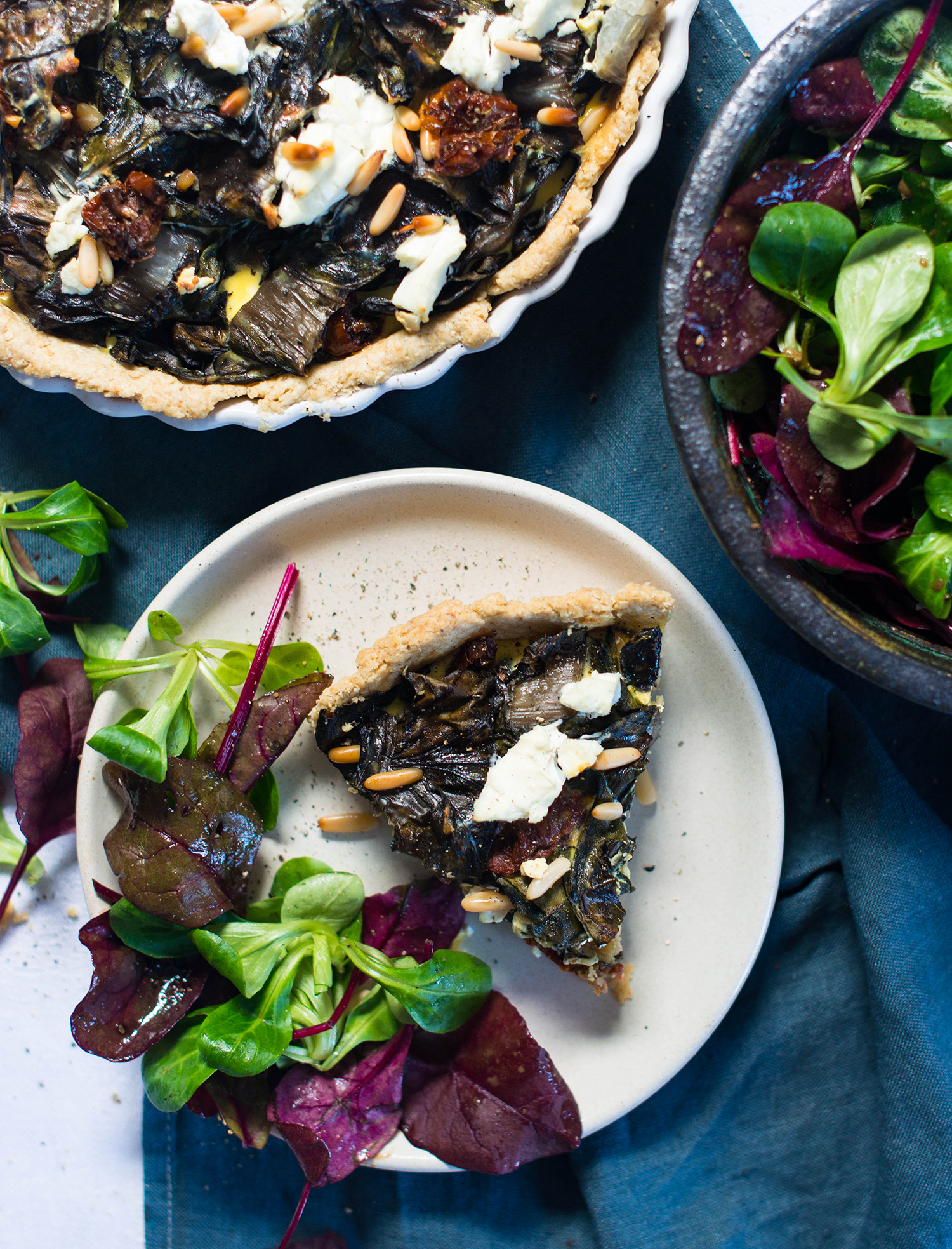 The original recipe for the quiche with chard, goat’s cream cheese and sun-dried tomatoes is designed to be a main course, and I served it with a side salad for which I used the flavor “Winter Genuss” by Florette. However, you can obviously use any sort of salad to serve with the quiche.

I hope (for you and for myself, too) that the rain will stop soon – otherwise, I wish you many warming and comforting quiches like this one! 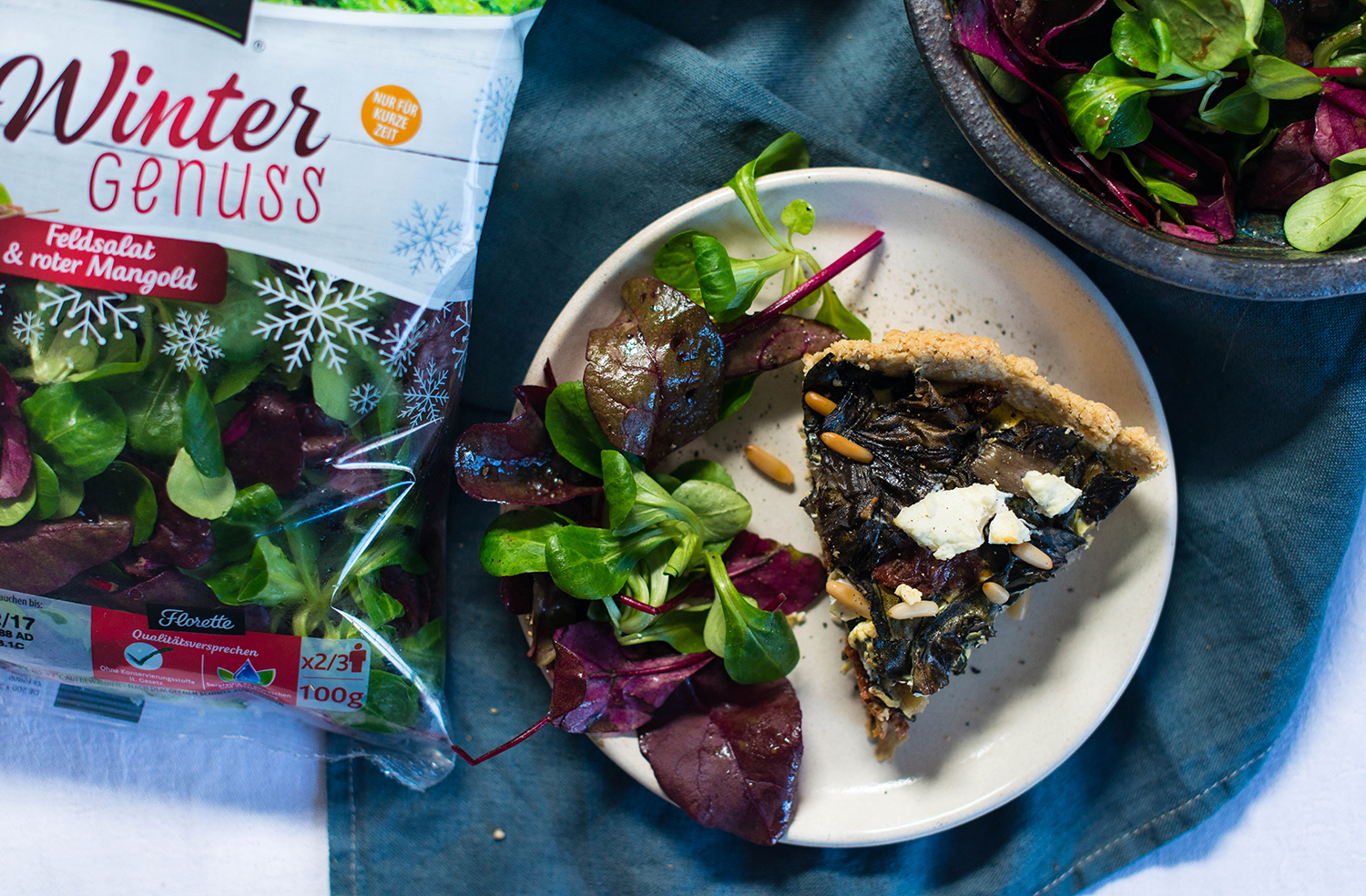 Method:
For the crust, mix the oats with flour and salt. Add butter (in cubes) and water, and knead the crust until it becomes soft and chewy. Wrap the crust into cling film and cool for 30 minutes.

Roll the crust between two layers of cling film, transfer the crust to the prepared pie dish and pull it up the edges of the dish. Pinch the crust with a fork several times, then pre-bake it for 10 minutes in the hot oven.

In the meantime, wash the chard. Cut the stems into 2-cm thick pieces, roughly chop the greens. Peel and finely chop the garlic.

Heat the olive oil in a large pan, sauté the garlic for a few seconds. Add the chard stems, sauté for 2 minutes, then add the chard leaves and allow them to wilt for 3–4 minutes.

Roast the pine nuts in a small pan without fat.

Mix the chard with the egg mixture, sun-dried tomatoes and pine nuts. Arrange the mixture on the pie crust, top it with little scoops of the remaining goat’s cheese. Bake the quiche for another 40 minutes (in the bottom half of the oven), until the egg mixture has set and the goat’s cheese is light brown. Remove the quiche from the oven and allow to cool slightly.

For the side salat mix olive oil with vinegar, honey and mustard, season with salt and pepper to taste. Mix the vinaigrette with the salad, serve the salad with the quiche. 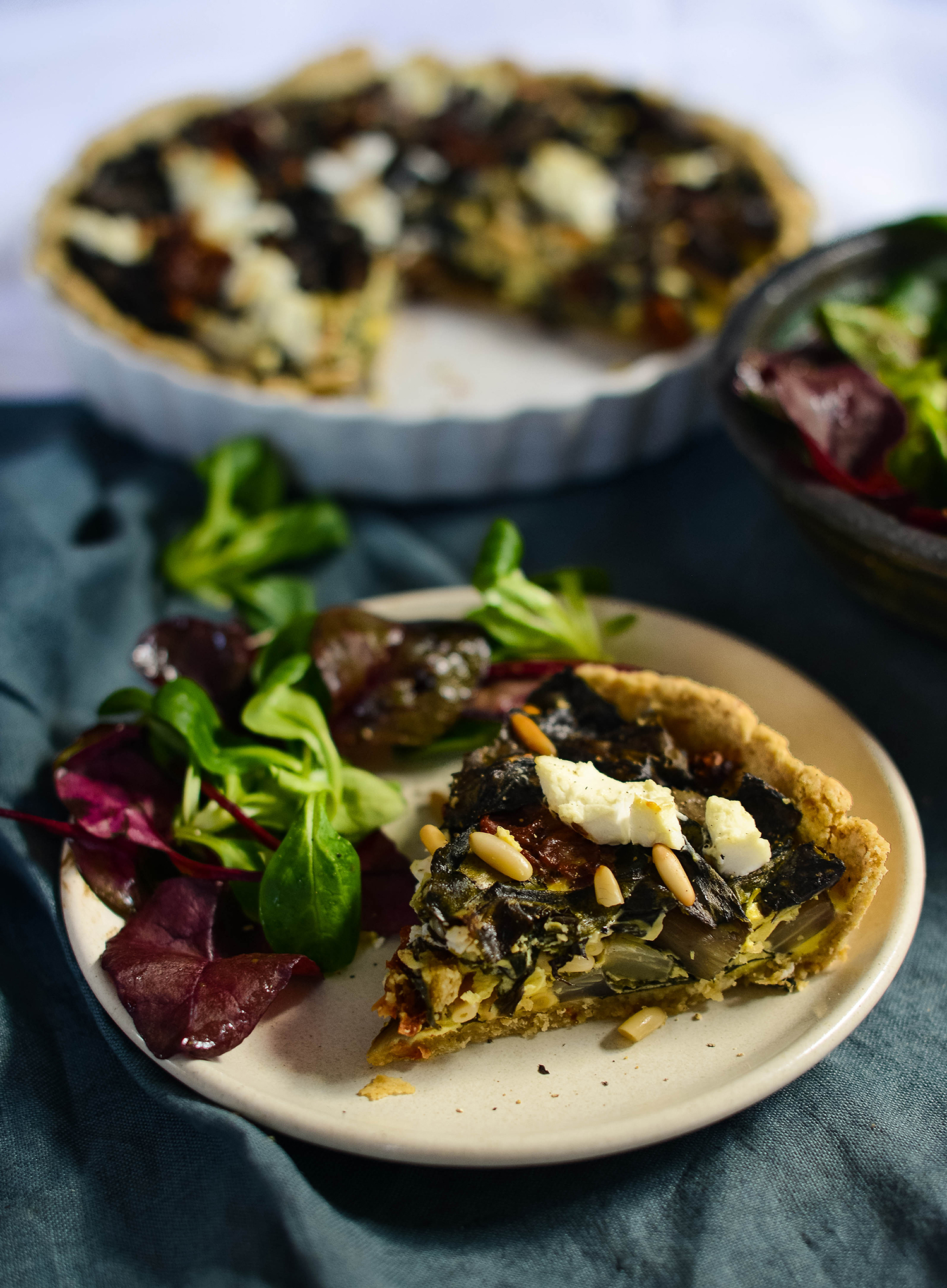 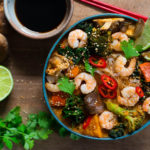 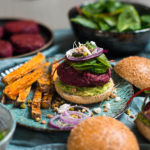