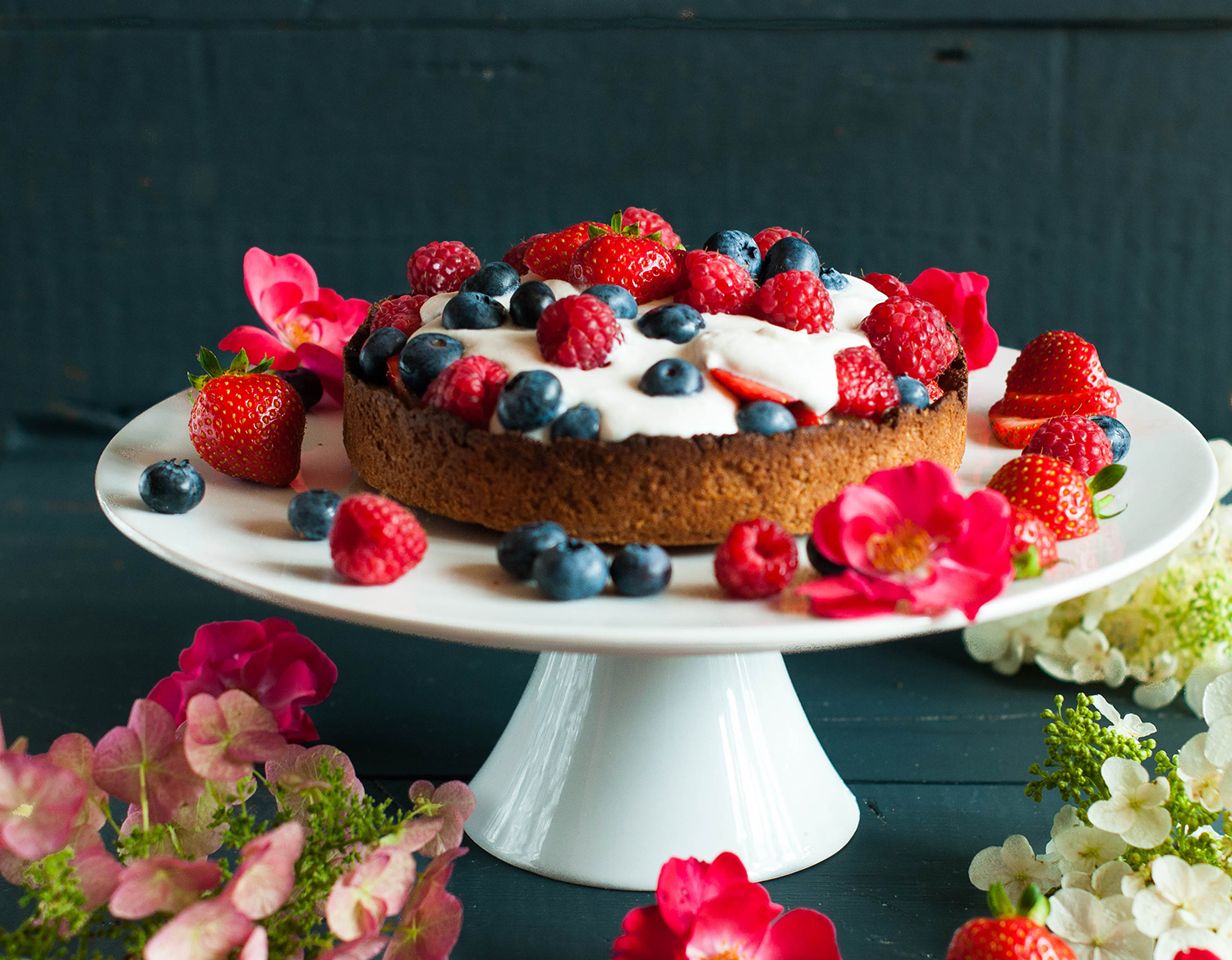 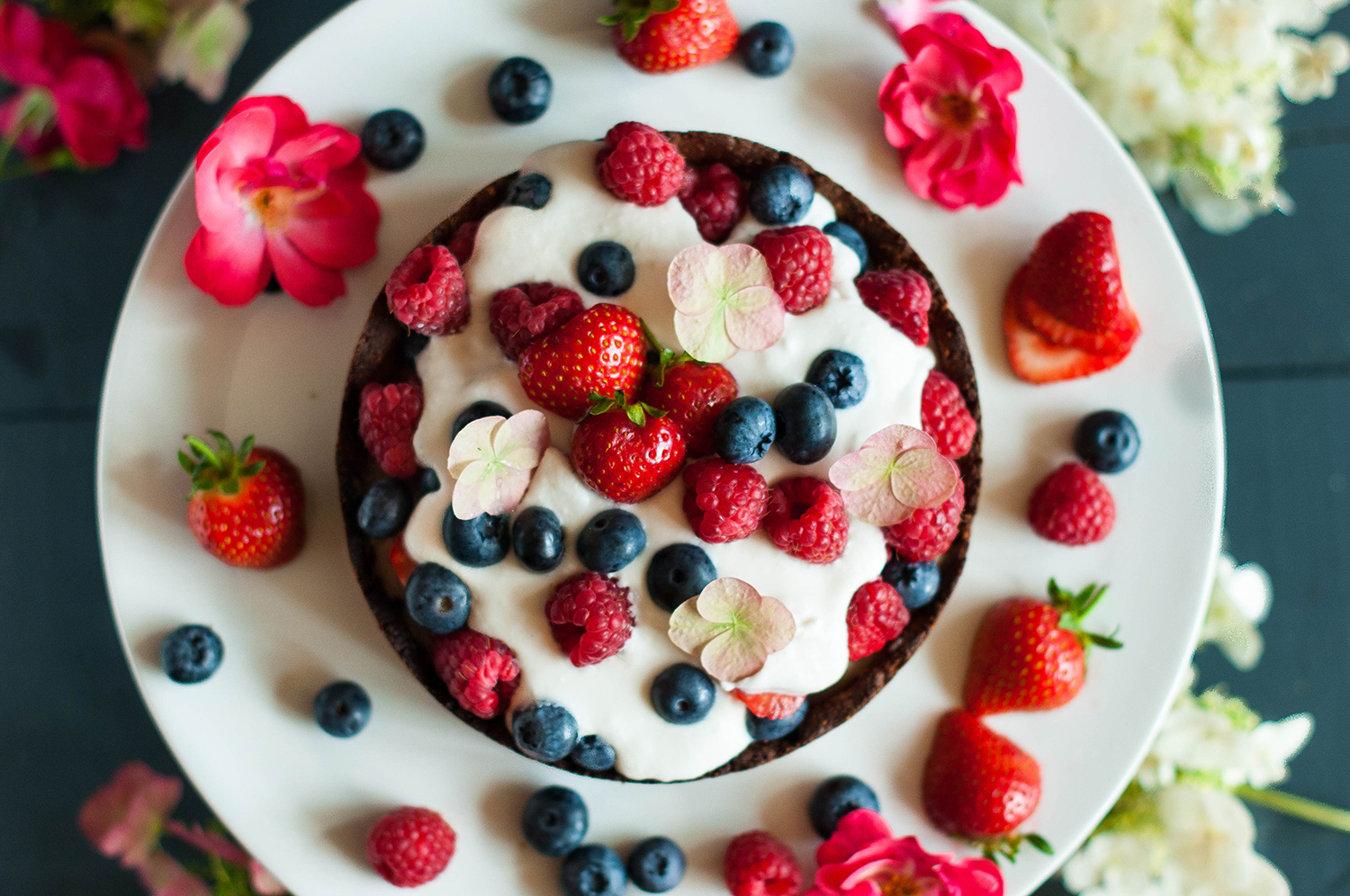 I know, I know, the vegan berry tart looks like it involves a good amount of work. And it would be a lie to say it doesn’t. On the other hand: The crust is made in 3 minutes, the chocolate melted in 5, the coconut cream whipped in another 3 minutes, and the cake assembled in, let’s say, 10 – 15 minutes. It really doesn’t take long to make the tart, but it does require some patience, tact and affection. 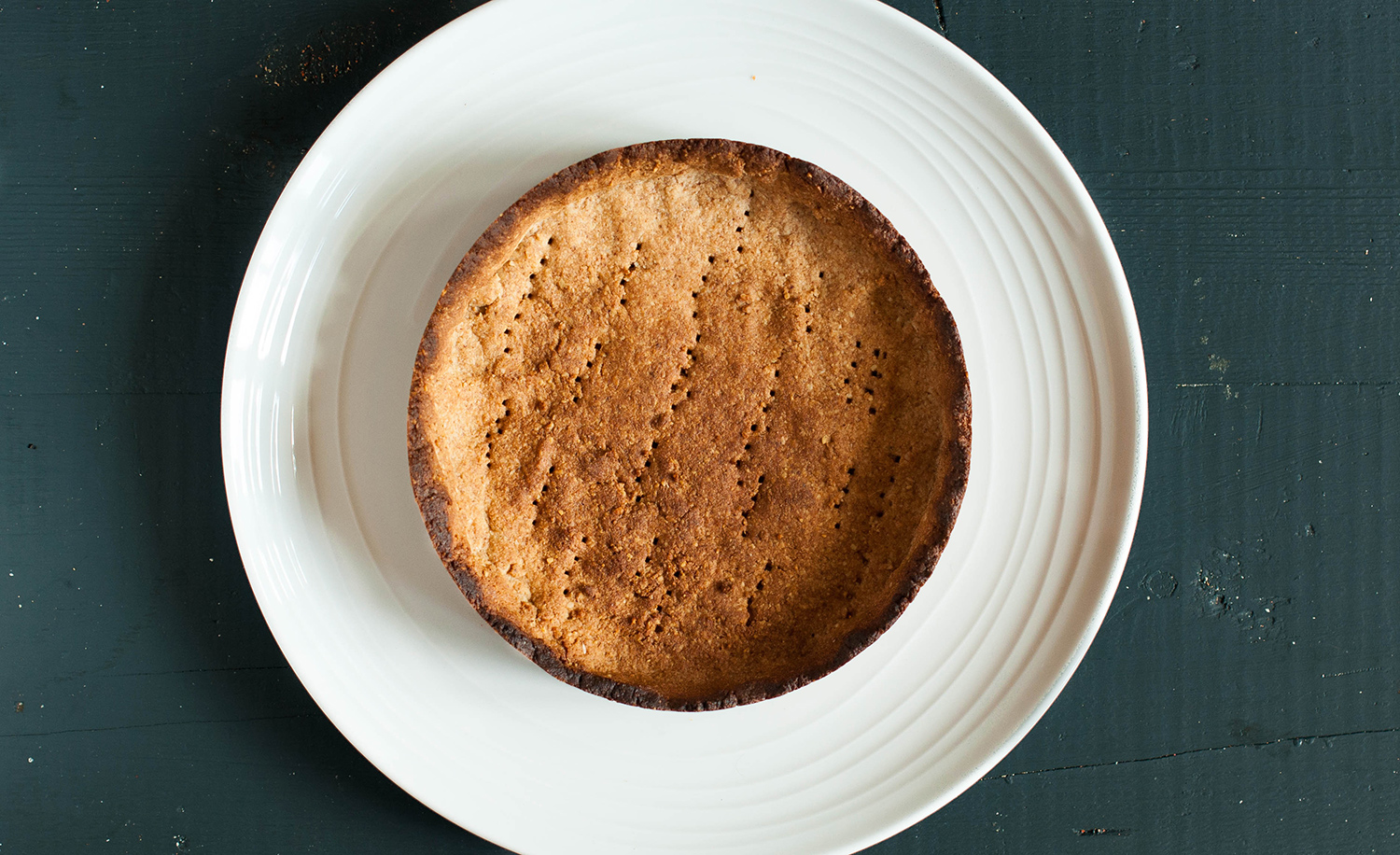 Yeah, this tart is sensitive, I tell ya! The crust won’t be happy to be rolled out between cling film unless it is cold, the vegan vanilla custard wants to be stirred properly to soften before filling the tart with it, the chocolate filling must not remain a thin layer (the thicker it is, the harder it gets to cut the tart, and your crust may break), and the coconut milk must be full-fat and not shaken to allow separation from the coconut water and the cream. 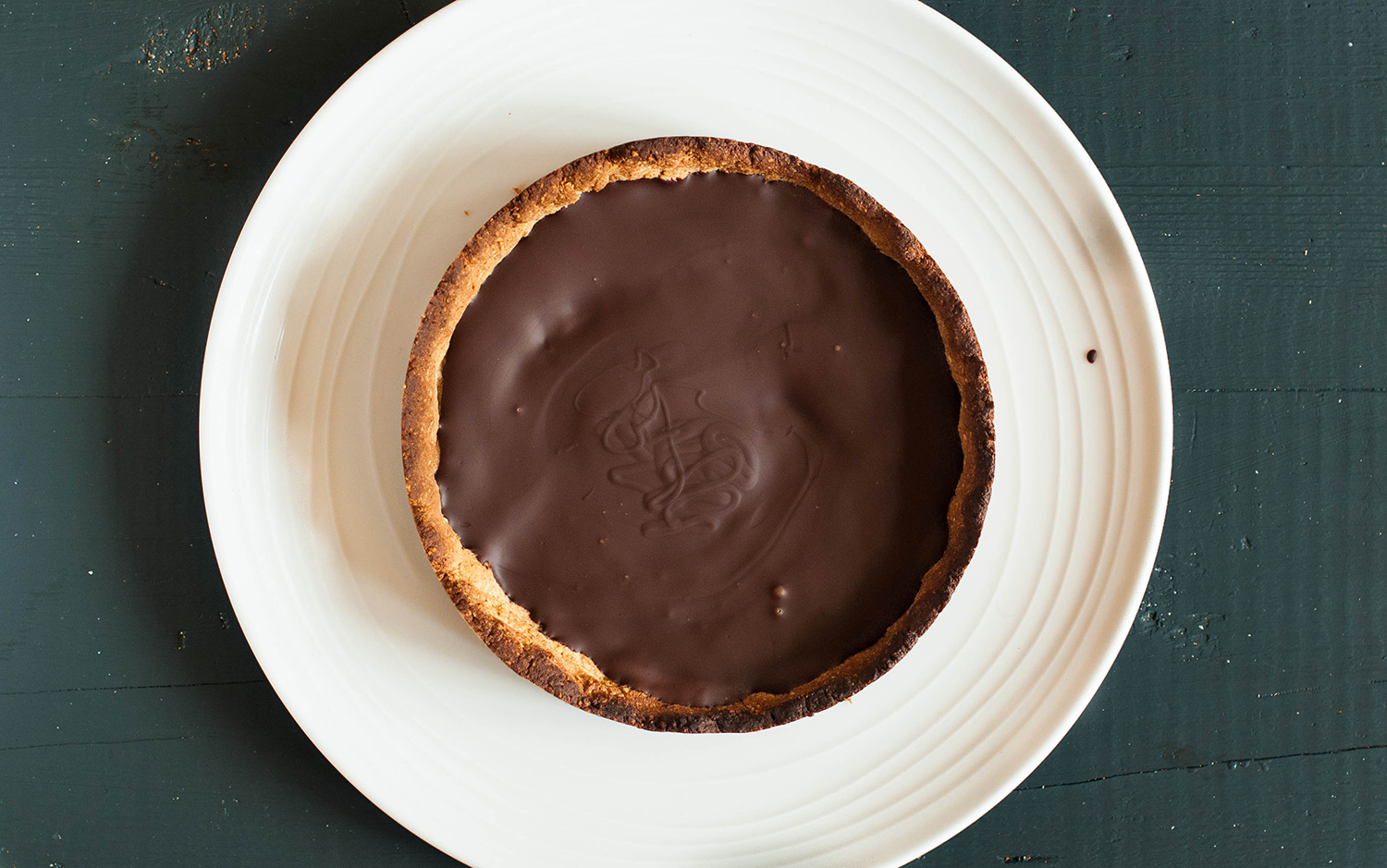 Urgh, are you even still reading this? I don’t want to put you off, but thought it’s better to be honest straight away before I get complaint emails. The good news is: This tart is beyond delicious! It really is. Also, you could easily leave out one or two things, think, for example the chocolate filling or coconut cream. 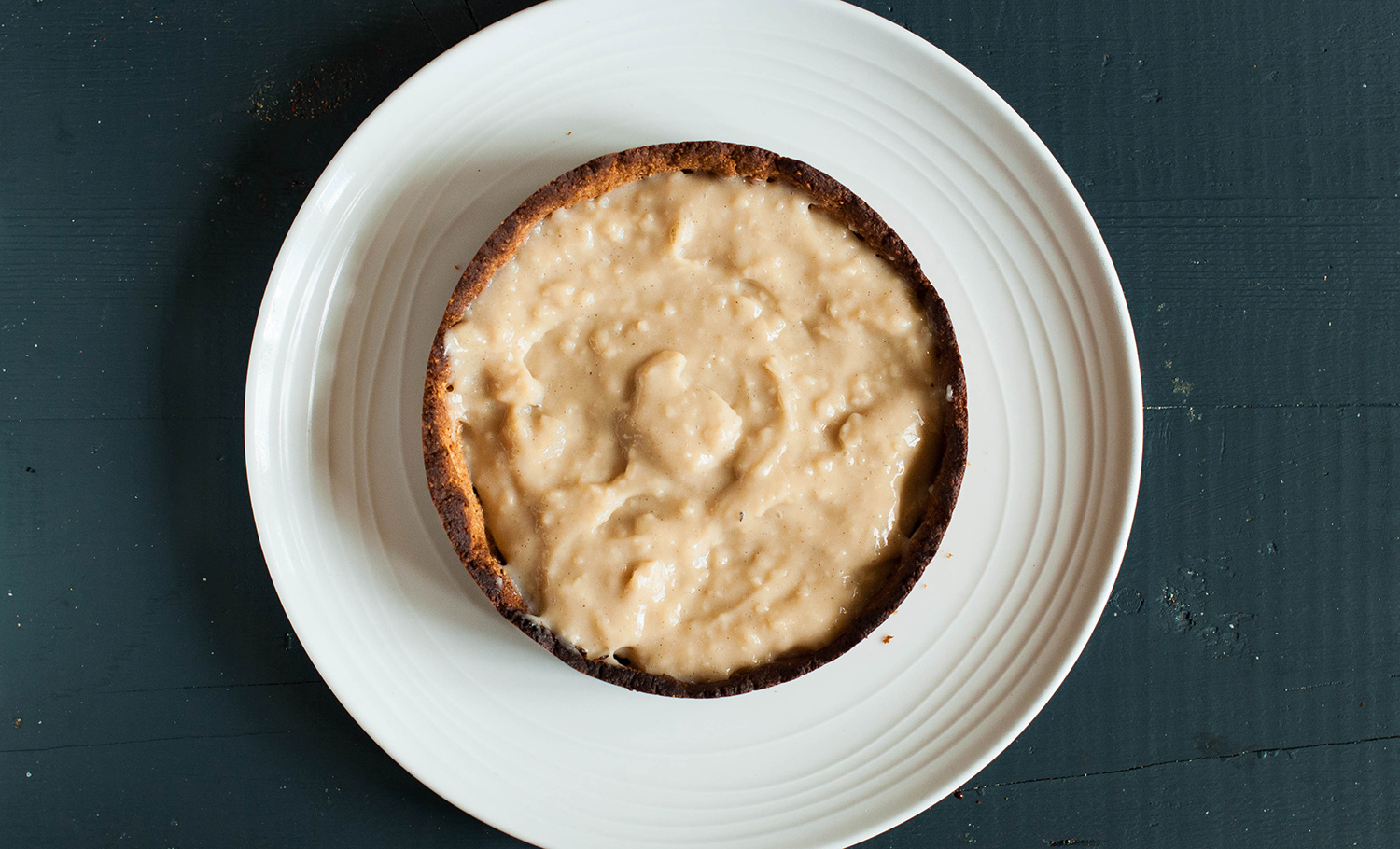 A simplified, yet delicious tart would consist of the crust, the vanilla custard and the berries on top. But, well, once you’re there, you might as well melt some chocolate and whip some cream, no? I recommend you give it a try! 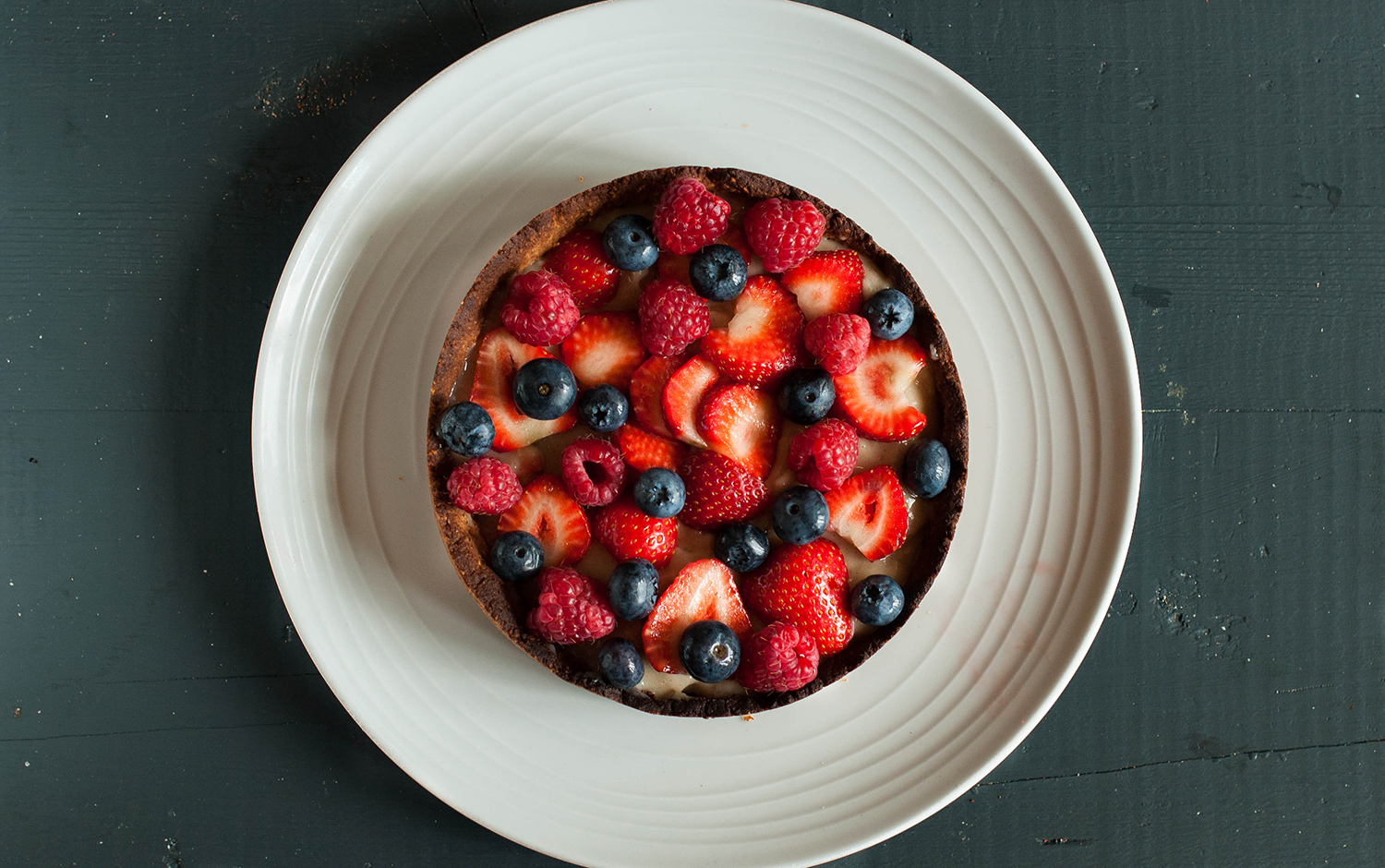 Let me know what you think about the tart! 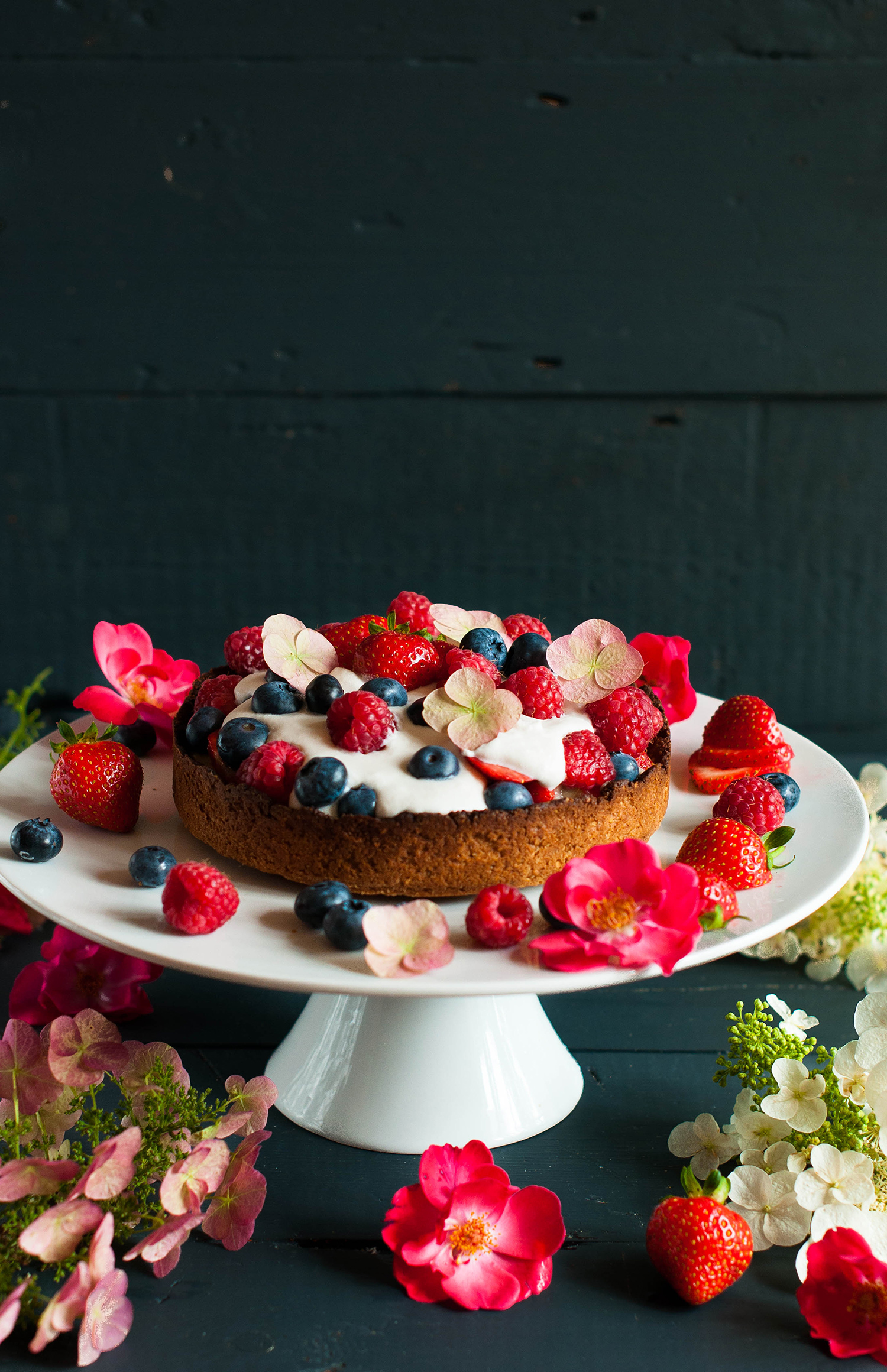 For the whipped coconut cream:
1/2 vanilla bean
1 can full-fat coconut cream, chilled overnight (be careful not to shake the cans after chilling)
1 tablespoon maple syrup (or agave nectar, or try elderflower cordial)

Method:
For the crust:
Preheat the oven to 170°C (fan) (190°C upper and lower heat). Line the bottom of a small baking tin with baking paper. lightly grease the sides of the tin with melted coconut oil.

In a large bowl, combine the wholemeal spelt flour with the ground almonds. Add maple syrup, coconut oil, almond butter and a pinch of sea salt. Knead the ingredients together with your fingers until they come together to a dough. Place the dough ball in the fridge for 20 minutes to harden. Roll out the crust between two lines of cling foil until it is approximately 22 cm wide. Spread the crust into the baking tin, pulling up the edges to form an even rim for the tart.

Pinch the bottom of the crust several times with a fork. Bake the crust in the hot oven for 20 minutes until golden brown. Allow to cool slightly in the tin, then remove the baking tin and allow the crust to cool entirely.

Combine the almond milk, maple syrup, vanilla seeds and the pod as well as a pinch of salt in a small saucepan. Slowly bring the mixture to a boil over medium heat, stirring.

With a soup ladle, transfer one or two ladles of the boiling milk to a jar, stir in the cornflour and whisk until the starch is entirely dissolved and the mixture is smooth and thick. Stir the cornflour mixture into the boiling almond milk, whisk and cook until thick. Allow custard to cook for another two minutes or so, then remove from the heat and allow to cool.

Stir the custard once again with a whisk before filling the cake with it.

For the chocolate filling:
Melt the chocolate over a hot water bath, allow to cool slightly. Spread the melted chocolate in the crust, transfer crust to the freezer for 10 minutes or so until the chocolate has hardened.

Spread the vanilla custard onto the chocolate layer. Garnish the custard with fruits.

Top the tart with the coconut cream, garnish tart with additional berries or (edible) flowers. Chill at least an hour before serving. The tart can be kept in the fridge for 2 – 3 days. 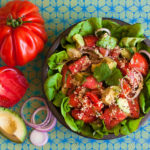 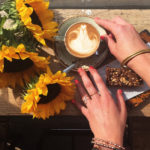 A brief visit to Camden Town