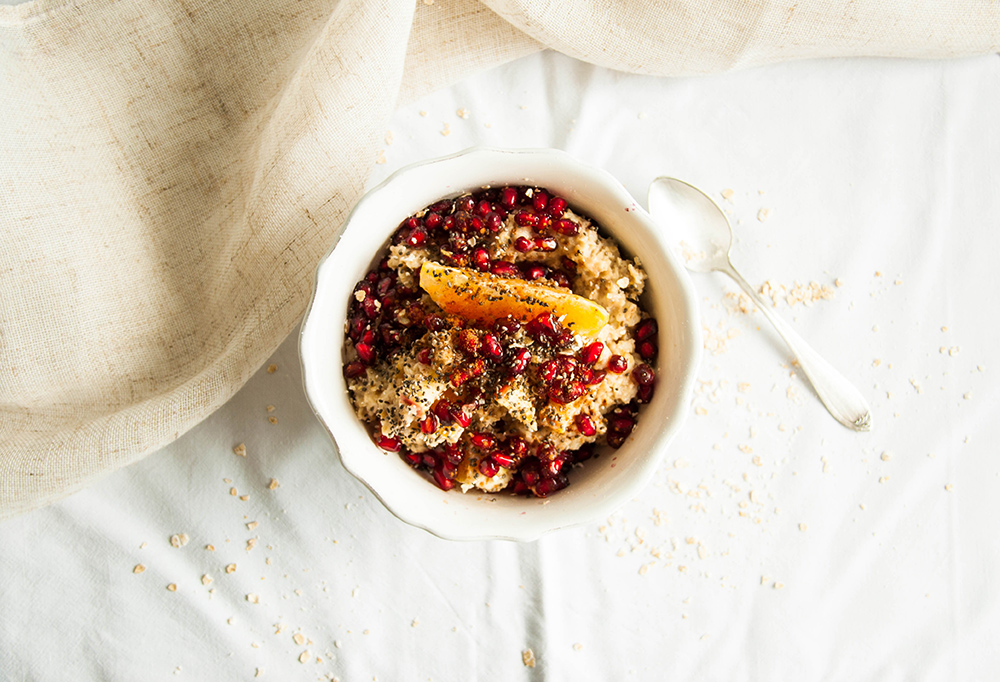 Something warm in the morning: Porridge!

I am sure there are just a few people who can be living in the UK for six months without trying a spoon of porridge once. Well, I am one of those few: During my internship in London a couple of years ago, the slimy pulp (excuse me) just couldn’t put a spell on me. Two years ago in New York, I finally tried a bowl of “oatmeal” for the first time, involuntarily in fact, but guess what: I liked it from the first bite on! 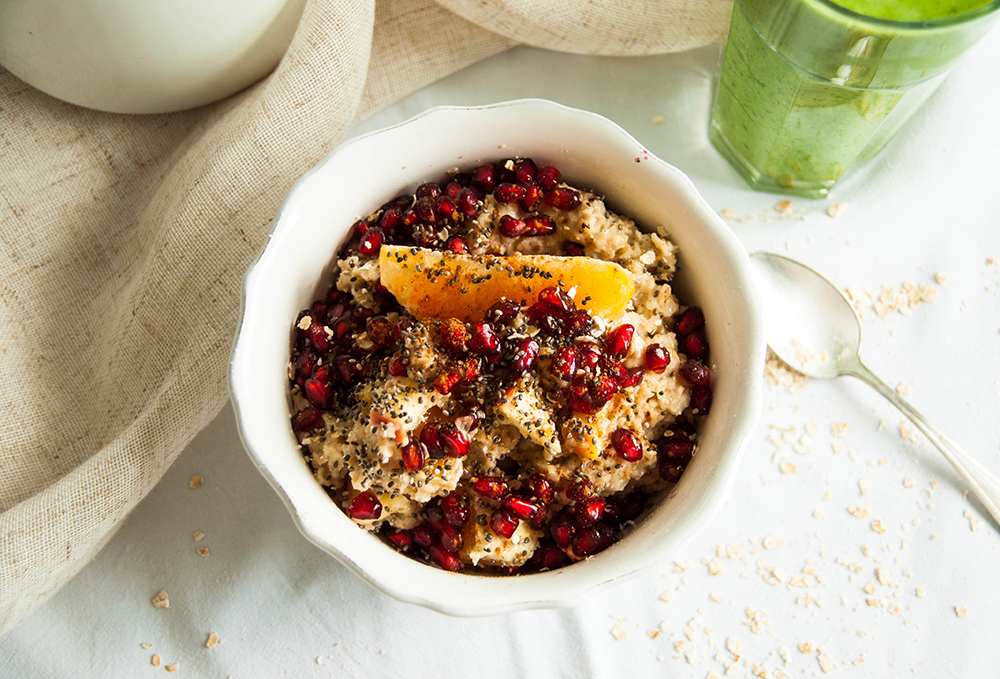 Ever since, I am having the traditional British breakfast on a regular basis. Not as often as I wish I did, because I don’t eat breakfast at home on weekdays, but whenever time allows, I will find myself in my kitchen on Saturday mornings, mixing oats, milk and water, dried fruits and spices in a saucepan, cooking porridge. 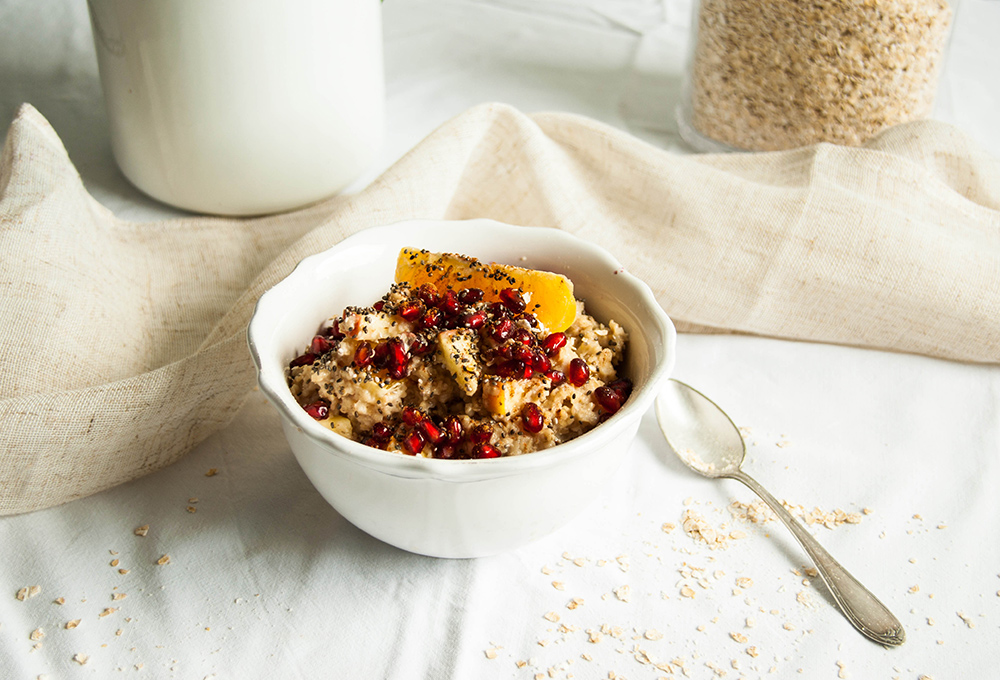 The good thing about porridge is: There are not many rules to be followed – the motto is: Do as you like! Thus, porridge is particularly convenient if you call yourself an amateur chef; but also those of you who do not like to strictly carry out the instructions of a recipe, will love to be making porridge, I am sure! 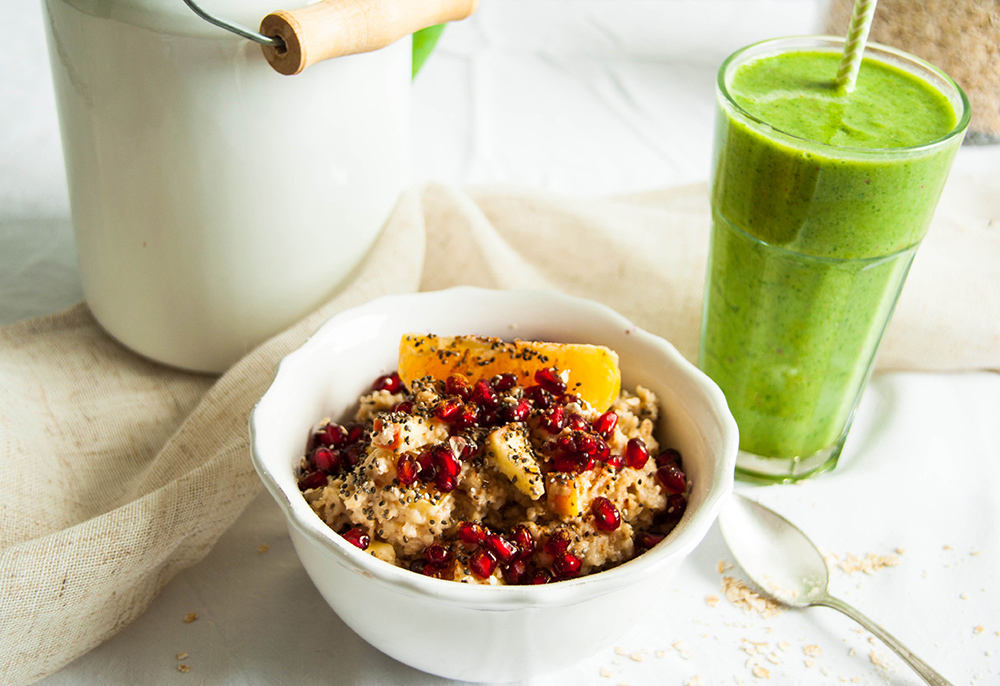 If you like it the classic way, stir cinnamon, raisins and banana in your porridge. However, I like to try out a different kind of porridge every time I make it. The fruit of the season inspire me on the one hand, on the other I like to add “super foods” such as maca powder, chia or hemp seeds and goji berries to my porridge, as well as nuts and seeds.

Also in terms of the porridge with orange, pomegranate and chia seeds, which I had over the long Easter weekend for breakfast with a green smoothie and a huge bunch of tulips, you may be creative and add almonds, nuts or flax seed, for instance. 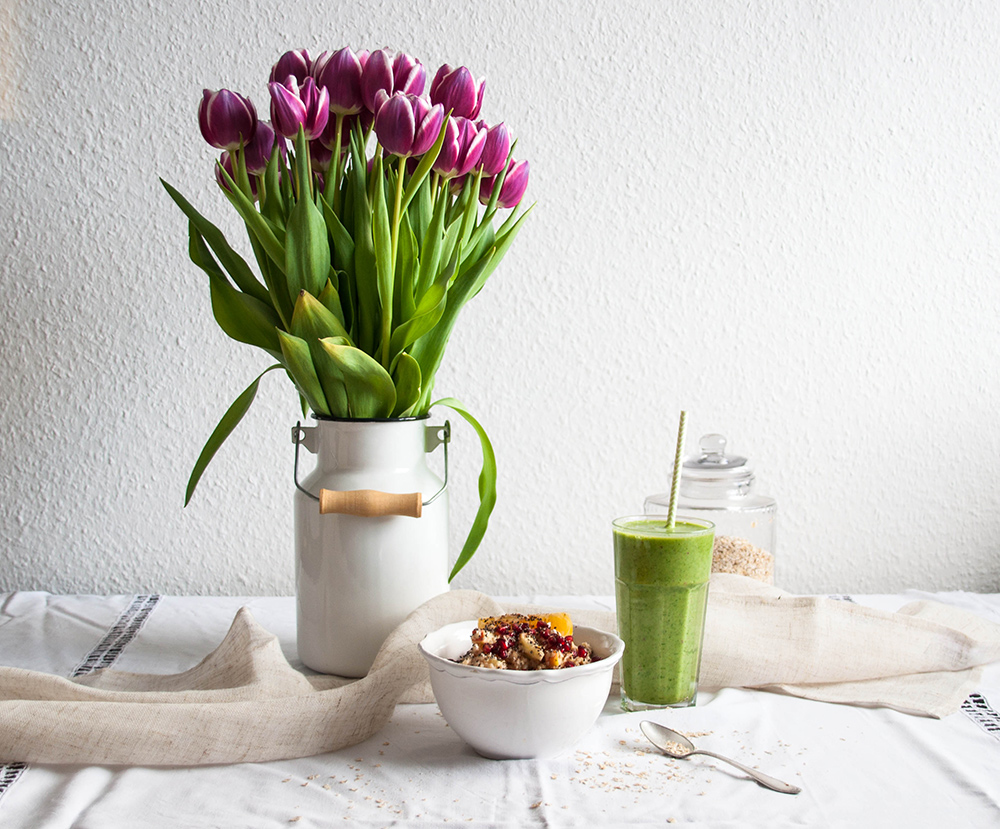 How do you prefer your porridge? Do you maybe even have some tipps for me that I have not yet tried?

I look forward to reading your comments! 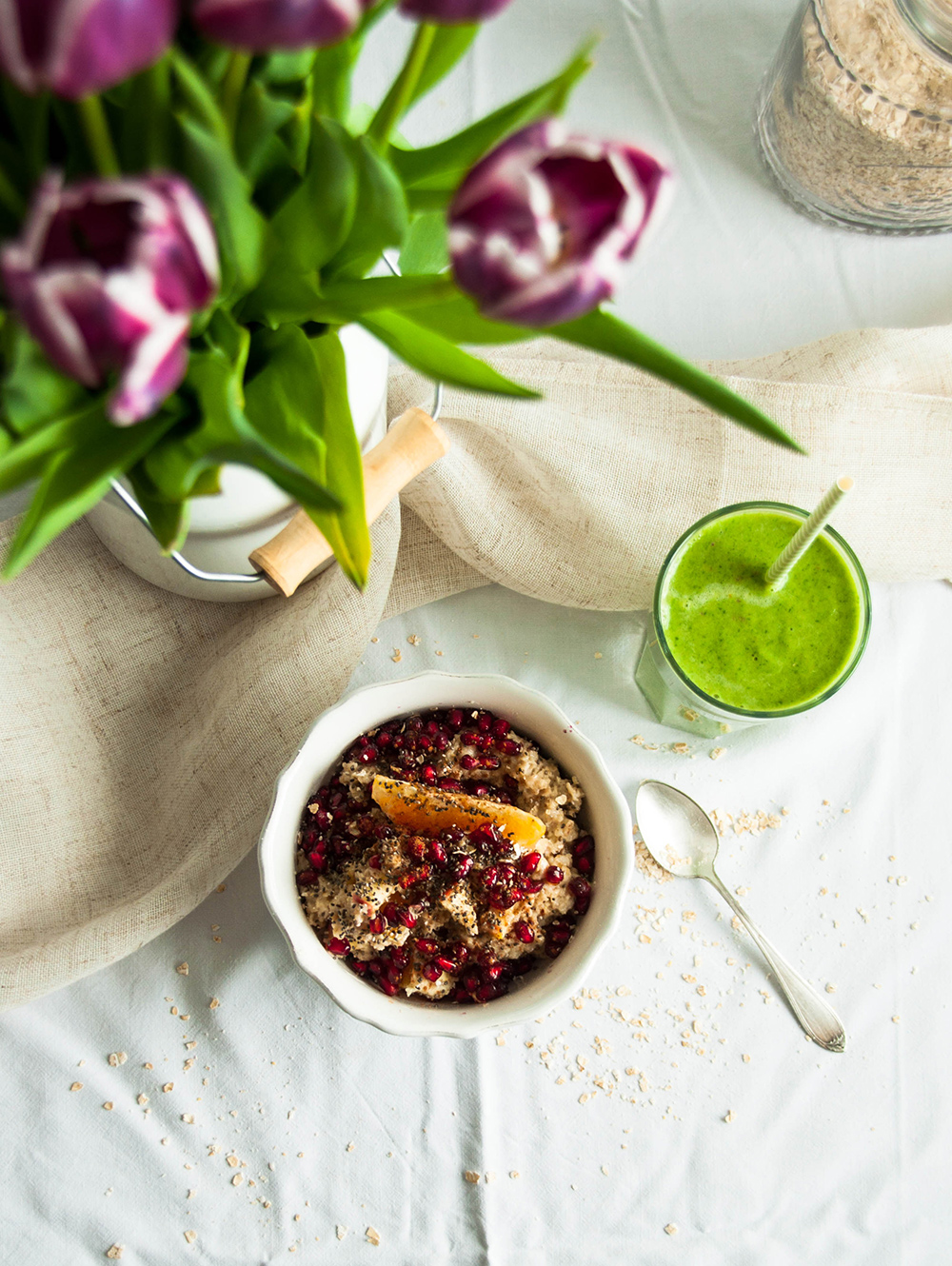 Mix oats, water and milk in a small saucepan and bring it to a boil. Cook the porridge for about five minutes, stirring it occasionally. If necessary, add some more water or milk to prevent the porridge from scorching.

Remove the core of the vanilla bean, add it to the porridge (or stir in vanilla essence), add maca powder and chia seeds and stir well.

Peel the orange and cut it in small cubes, setting aside two slices to decorate the porridge. Remove the core of the pomegranate, setting aside one table spoon of the seeds to decorate. Mix porridge with orange and pomegranate and divide it up into two bowls. Season with a pinch of cinnamon to taste and decorate the bowls with pomegranate and one slice of orange each. Sprinkle the porridge with chia seeds, almonds, nuts or seeds (optionally) and serve it with agave syrup. 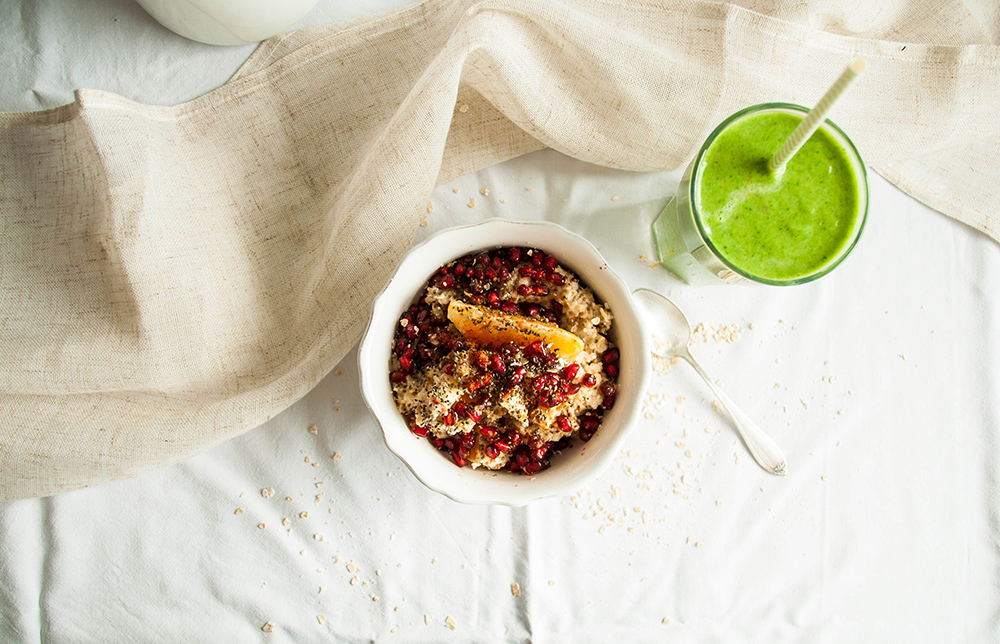 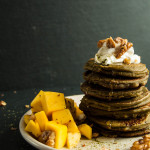 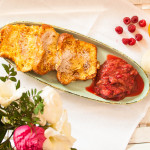