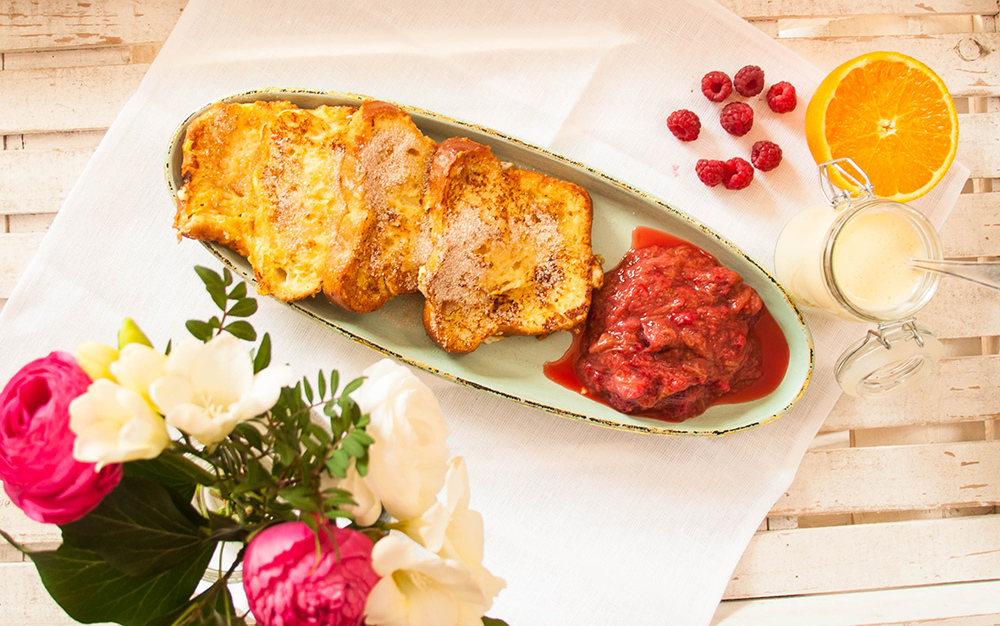 It’s always the same with me and fruit or vegetables that come in season only a couple of weeks each year – I am thinking of asparagus, strawberries, wild garlic and plums, for instance: It takes a couple of days or even weeks until I realize: It’s that time of the year again. Until then, I would run past the fruit or vegetable of the season in the supermarket and ignore blog posts and recipes in food magazines, trying to ignore the fact, that, indeed, another year has passed already. But, let’s face it: It’s rhubarb season! And this one I love. Thus, let’s quickly buy some rhubarb – we are making French Toast with rhubarb raspberry compote! 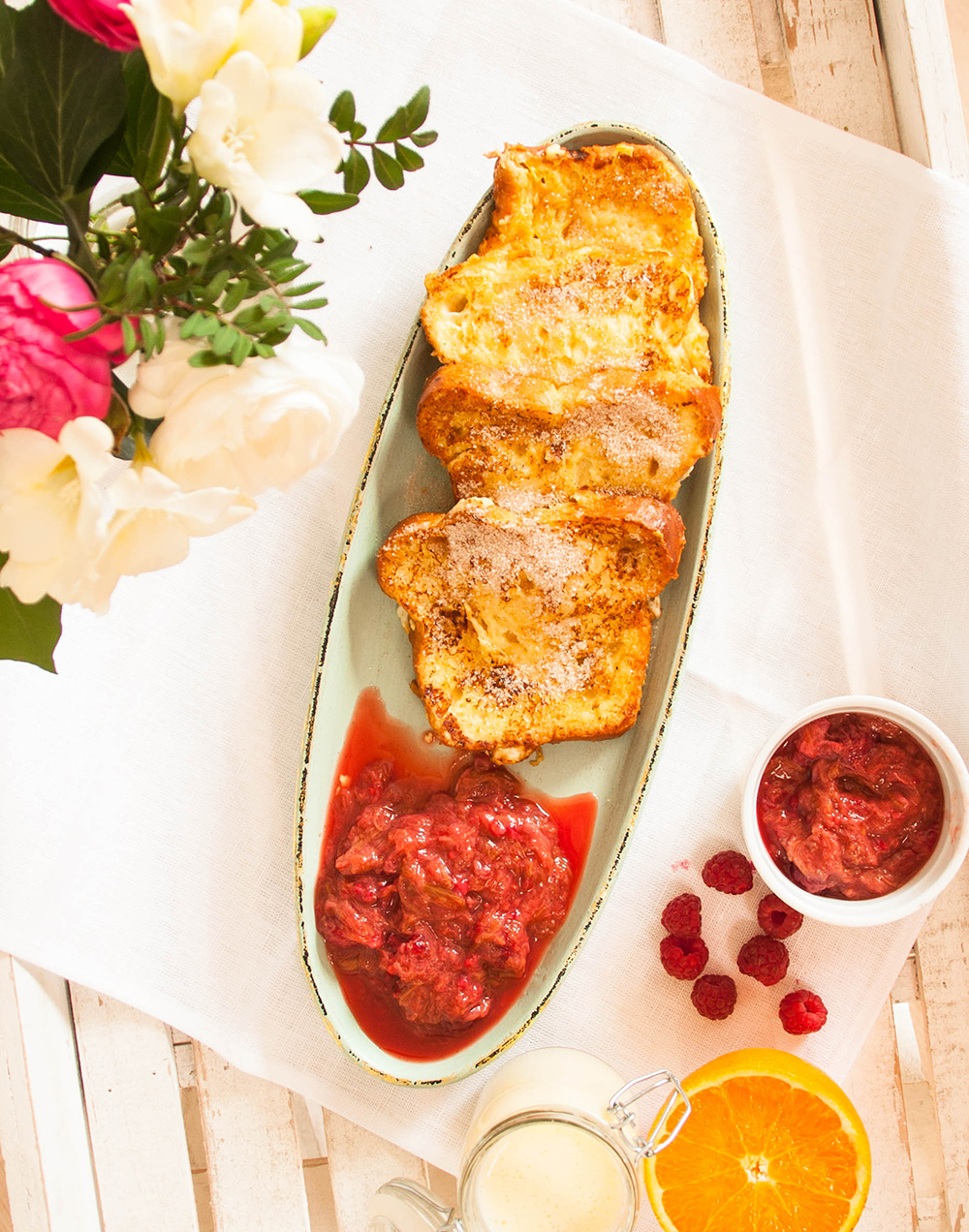 The sour taste of the rhubarb goes together very well with the sweetness of the raspberries, which means you don’t need much sugar to sweeten the compote. Instead, we are adding a whole vanilla bean to the compote, which gives it a very unique taste. 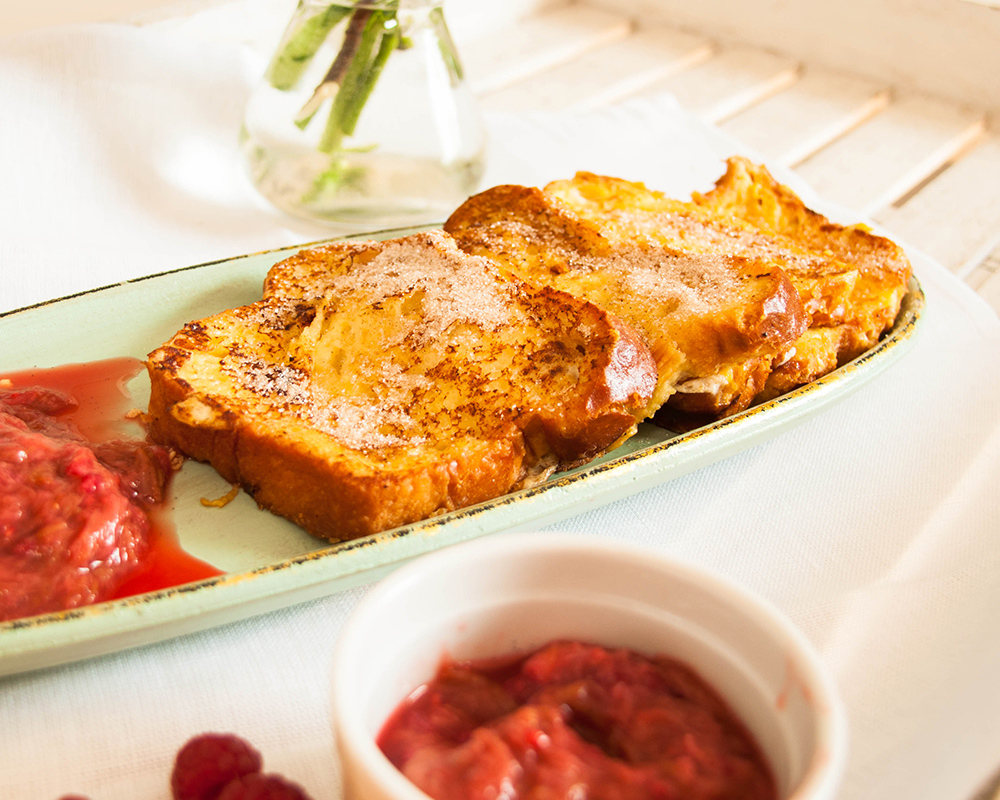 I did, in fact, have the idea of the compote on my mind before even thinking about the French Toast. I’ve tried various recipes for rhubarb compote during the past years, but none has impressed me as much as this one, with raspberries and vanilla, does. I almost had to pause for a second after the first spoon of compote reached my mouth. 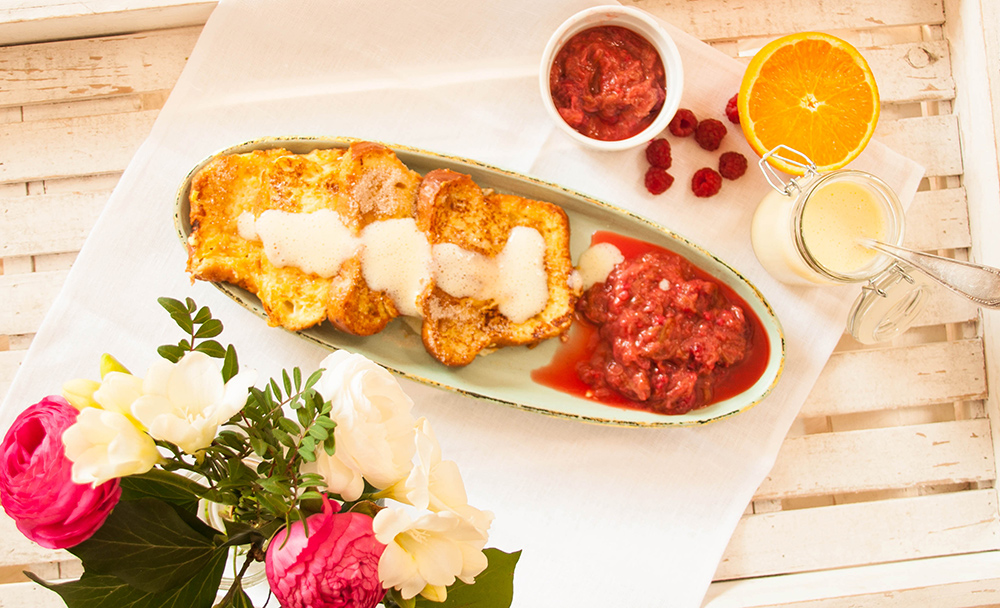 To save you from yet another pancake recipe, and also because I have actually not made French Toast once in my life yet, it was just about time for it, I assume! And let me tell you this: Also the French Toast put a spell on me, I nearly couldn’t believe how easy one can make such a perfect breakfast, using old bread, milk and eggs only. 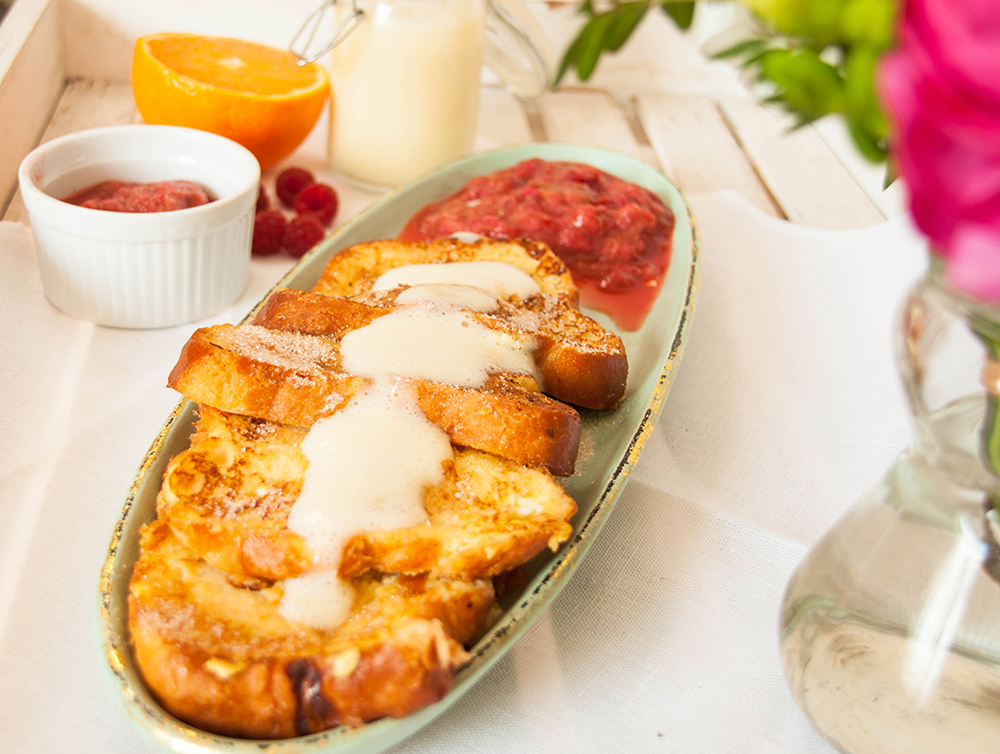 Wash rhubarb and cut it in 2 cm thick pieces. Squeeze the juice of half an orange, and remove the core of the vanilla bean. In a small sauce pan, mix rhubarb with orange juice, vanilla, vanilla bean and sugar, and bring to a boil. Allow to cook for about 15 minutes, stirring occasionally. Remove the vanilla bean. Stir in raspberries and allow to set until the French toast is done.

Whisk together milk, cream and egg. In a large pan heat butter.
Soak brioche slices in the milk mixture and fry from both sides until crispy.

Sprinkle French Toast with sugar and cinnamon to serve, drizzle with vanilla sauce if preferred and serve with rhubarb raspberry compote. 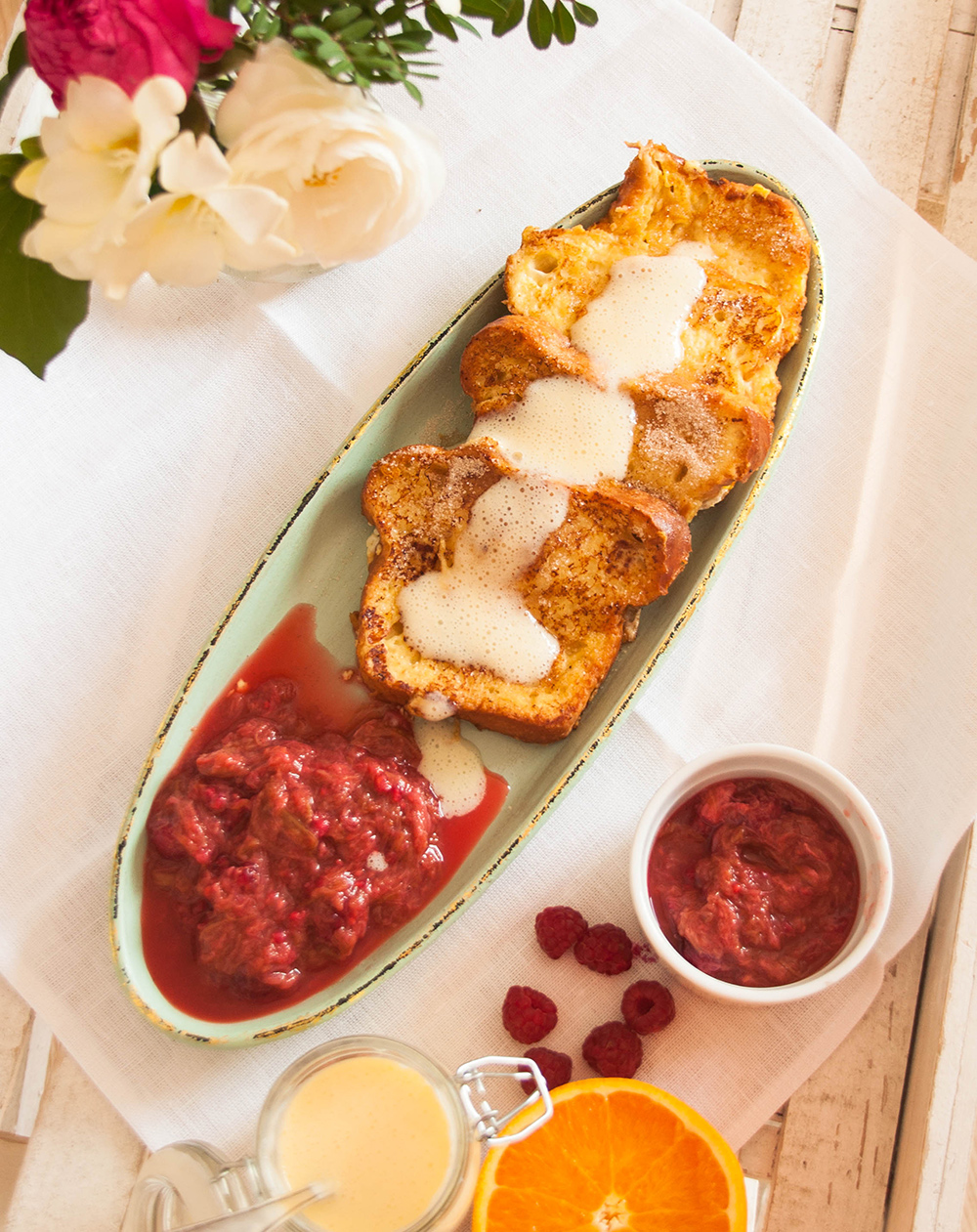 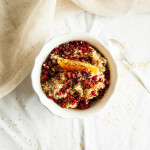 Something warm in the morning: Porridge! 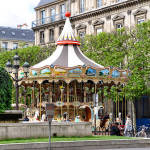 A short trip to: Paris