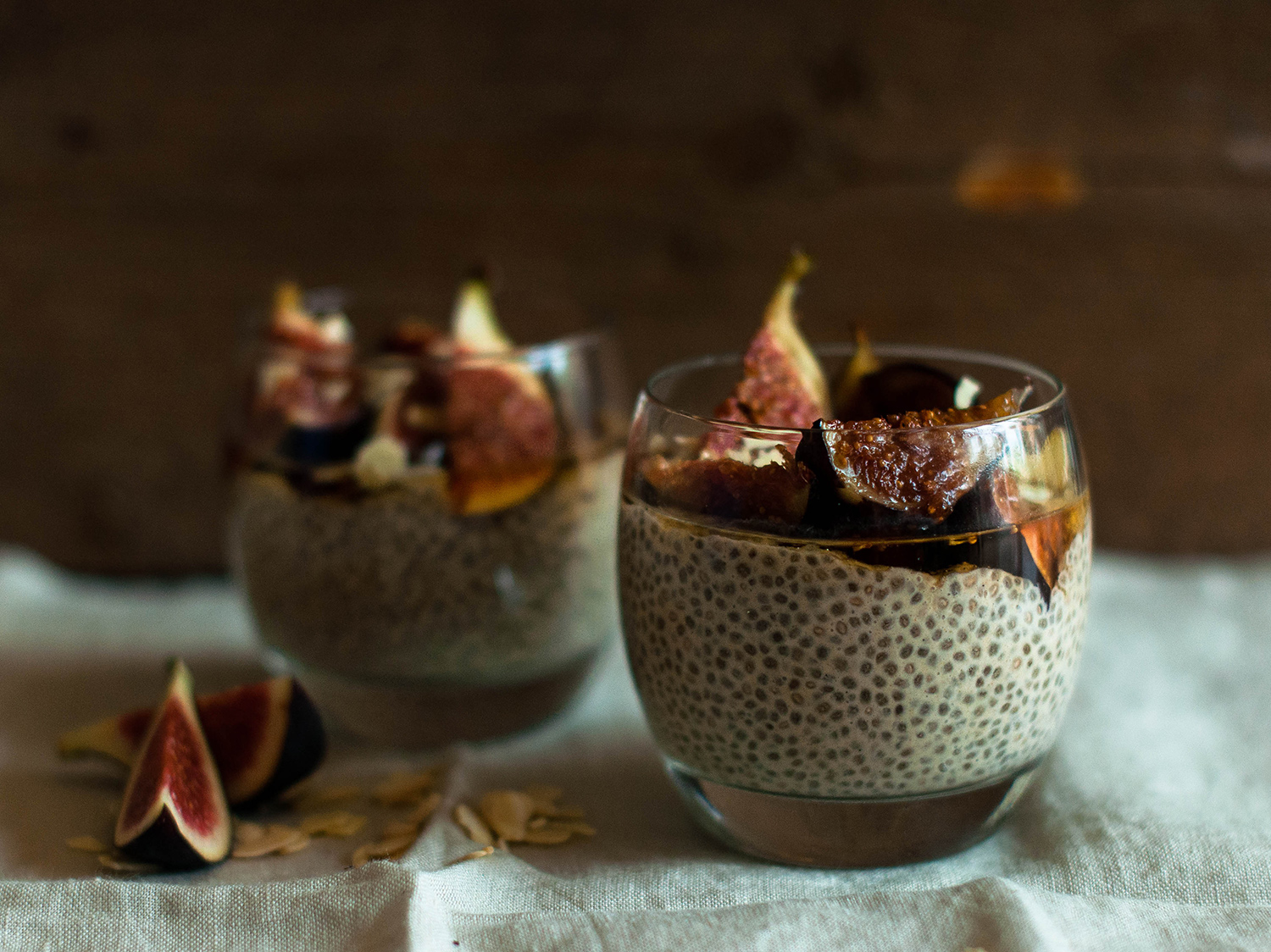 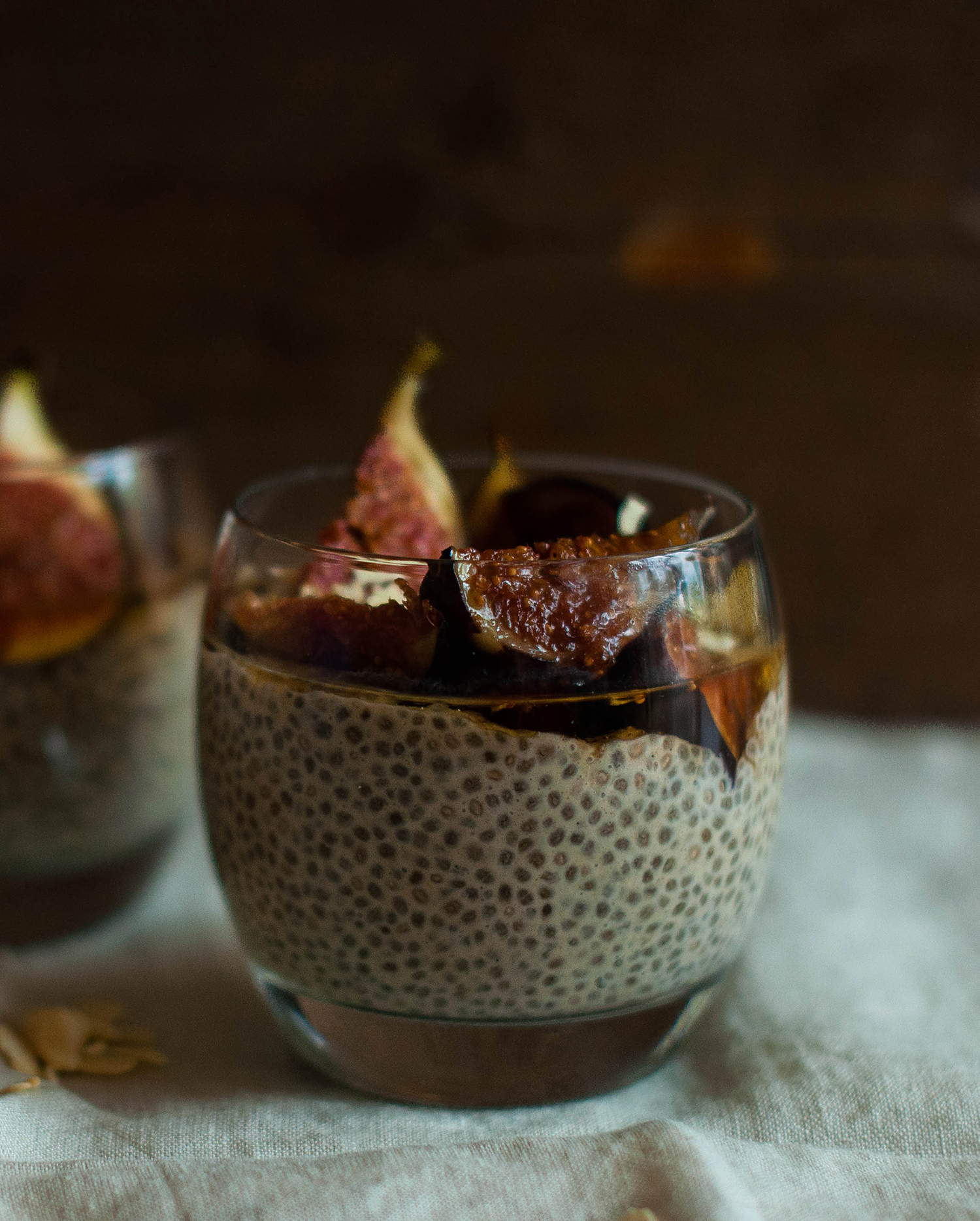 Let me say one thing straight away: You need a few hours to soak the chia seeds in the coconut and rice (or almond) milk. So, this breakfast is nothing for spontaneous morning cravings, it wants to be well planned and prepared the night before. As I love to make plans and be organised (boring, I know, but can’t help it), I don’t mind stirring together milk, chia seeds, maple syrup and vanilla, knowing that there will be a delicious sweet breakfast waiting for me in the fridge the next morning. What about you though? Do you think it’s worth the planning? I hope so!

As far as the figs are concerned: Well those should be made in the morning. But again, no big deal: Heat some coconut oil in a small pan, add the figs, pour over maple syrup – and you’re good to go.

Small effort, big effect, how could you want to start into the day any different than that? Enjoy!

Method:
In a bowl, stir together the coconut and rice (or almond) milk, chia seeds, maple syrup, vanilla pulp and mama powder, if using. Cover the bowl with a lid, and allow the chia seeds to soak for at least five hours (ideally over-night).

Stir the chia pudding well, if it is a little too think add another dash of milk, if it appears to be too thin, allow it to soak for another hour or so.

Wash and slice the figs. Heat the coconut oil in a small pan, sauté figs for a minute from each side. Add maple syrup and caramelise the figs until soft and tender. Season with a pinch of cinnamon to taste.

Divide the chia pudding over two bowls or glasses, top with figs and coconut chips to serve. 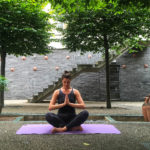 Yoga exercises for every day 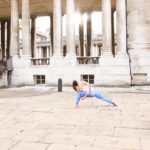 Yoga: Practice and all is coming