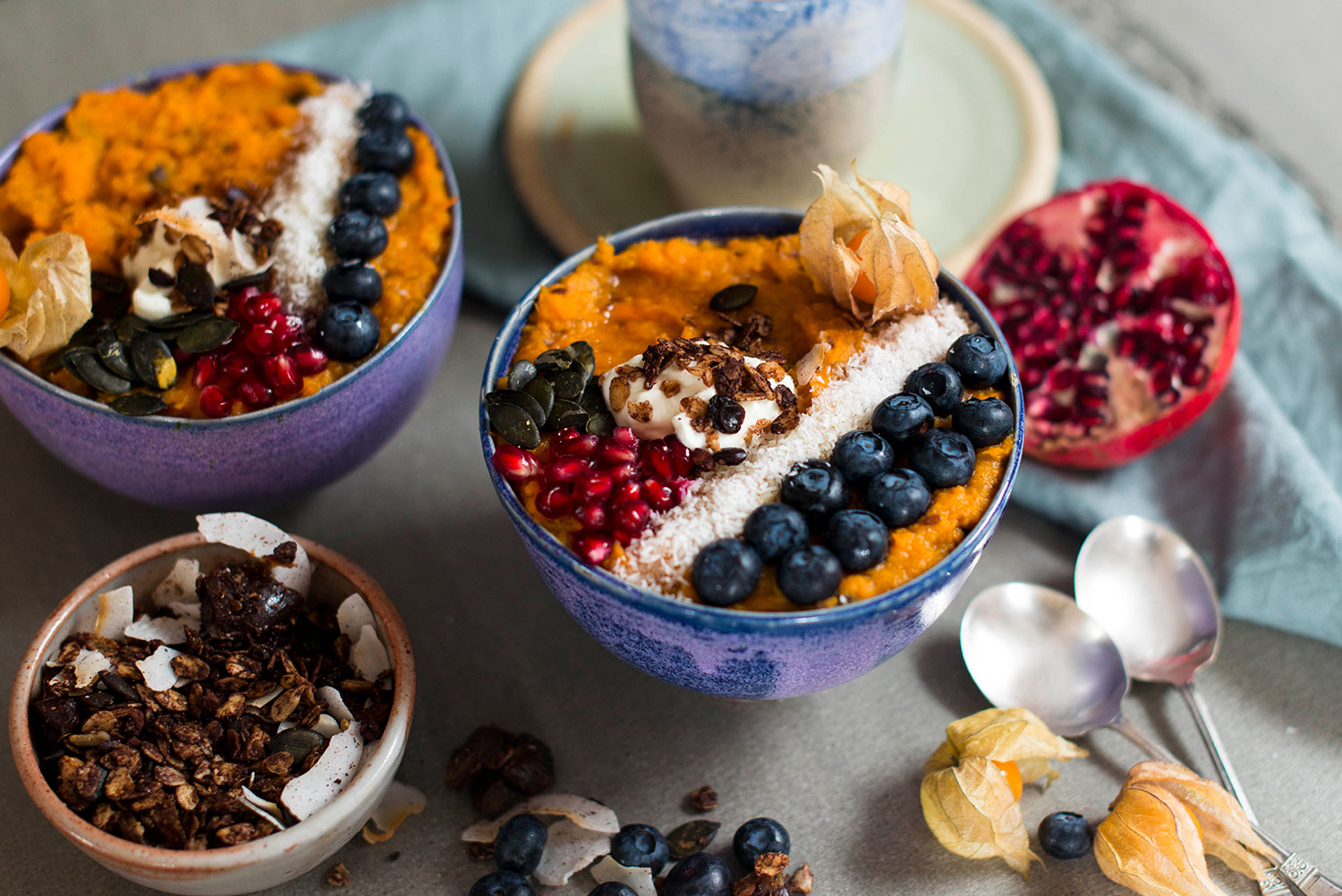 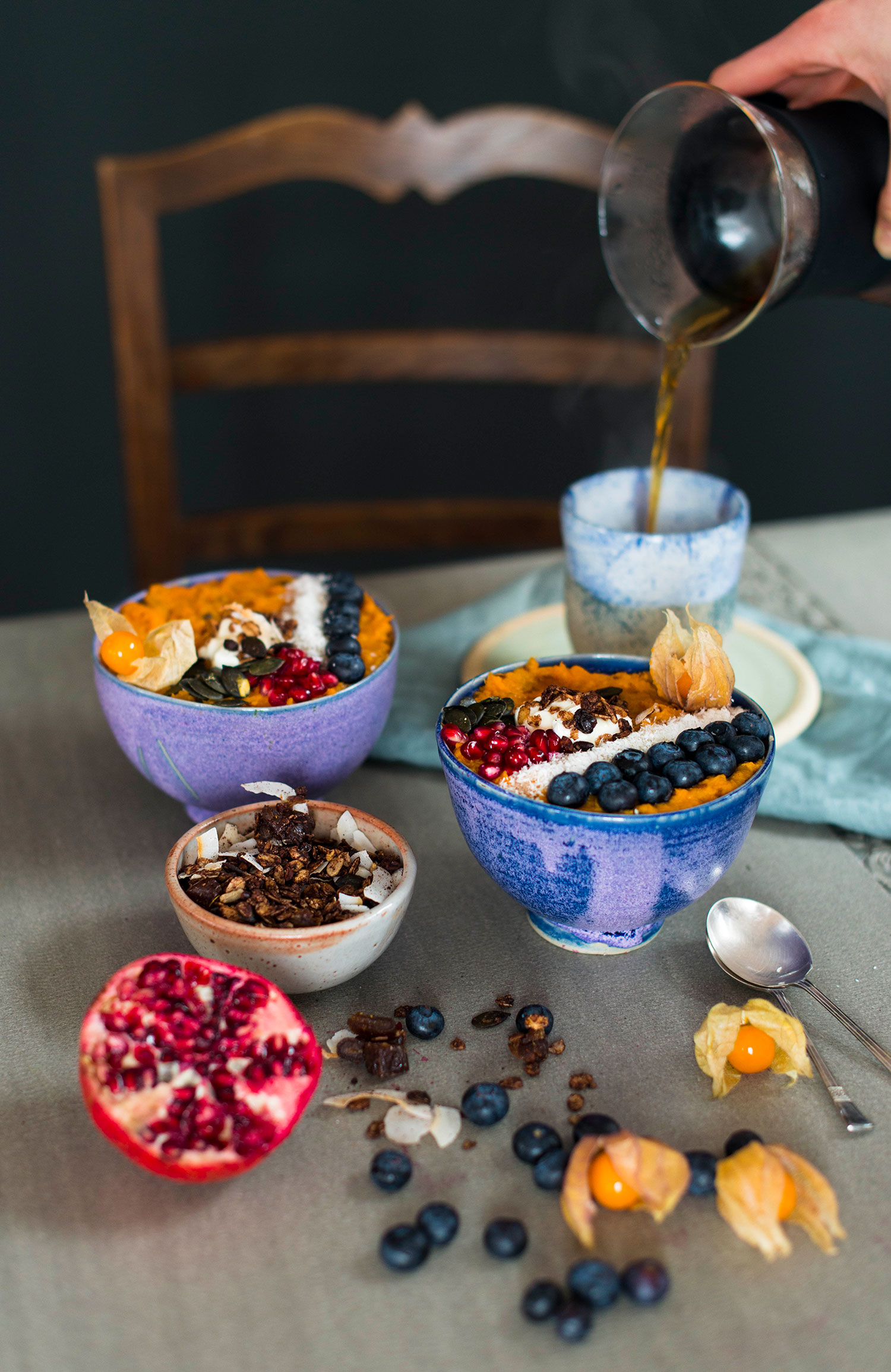 I’m quite active on Pinterest, as I am constantly looking for recipe inspiration. Sometimes it can be quite beneficial, if I get inspired by such an amazing recipe like this one for a vegan sweet potato breakfast bowl. I obviously did a few twists and tricks, changed the recipe, which I found originally, to my taste and created the image, which I wanted to see on my camera, beforehand in my head. 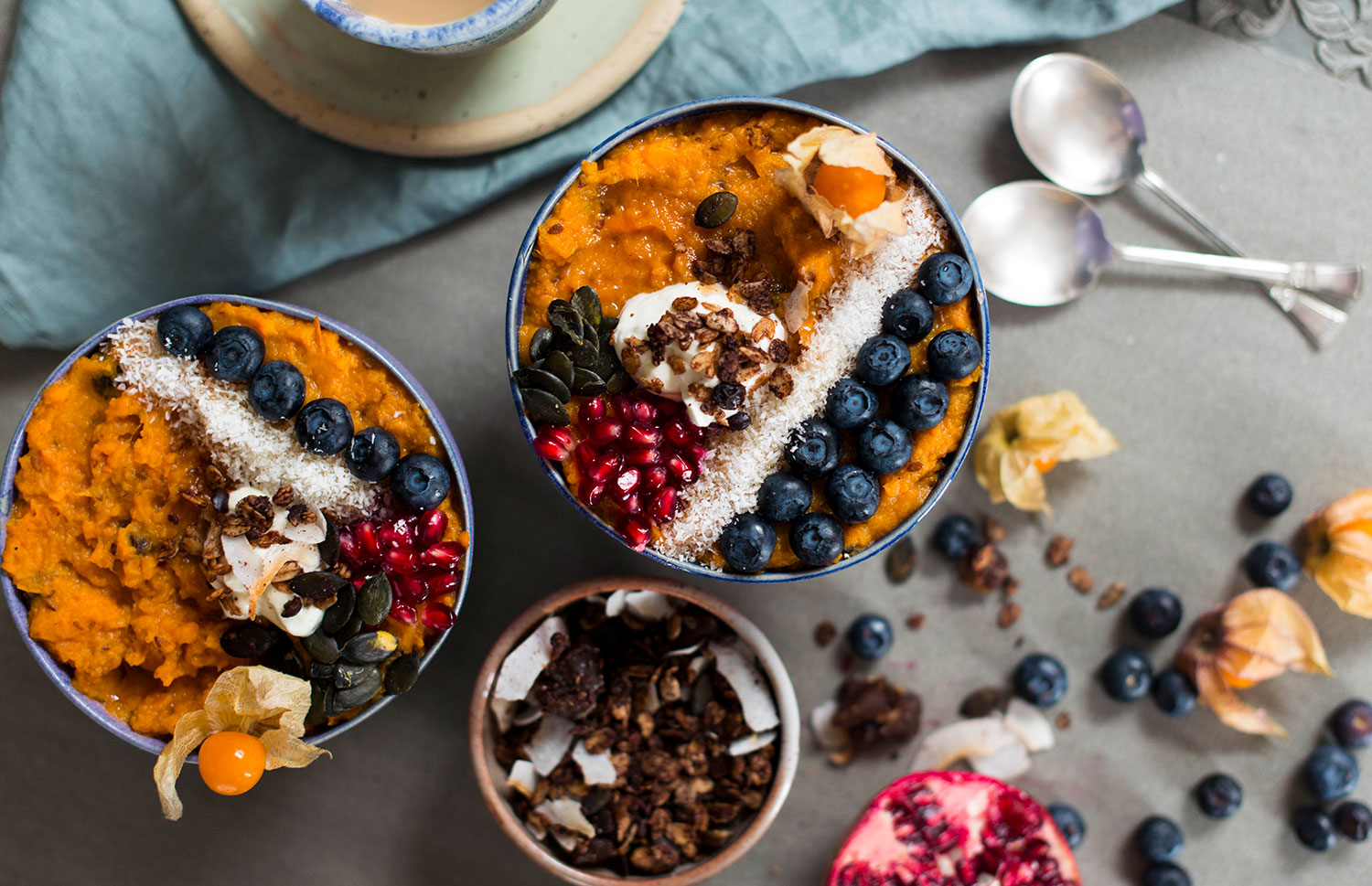 I found the bowl to be beyond good, with raisins and flaxseed, lots of cinnamon and a bit of vanilla. I would love to hear from you whether you believe it is similarly good!

I should mention that I was cheating in these photos as far as the quantity is concerned. I roasted two sweet potatoes and used all the quantities I have given below. The result is not as much as it looks in the photos – I placed small plates into the bowls to make it look “fuller“ (tricks of a food stylist ;). So, please don’t think that the quantities below will make a breakfast worth a week of food. 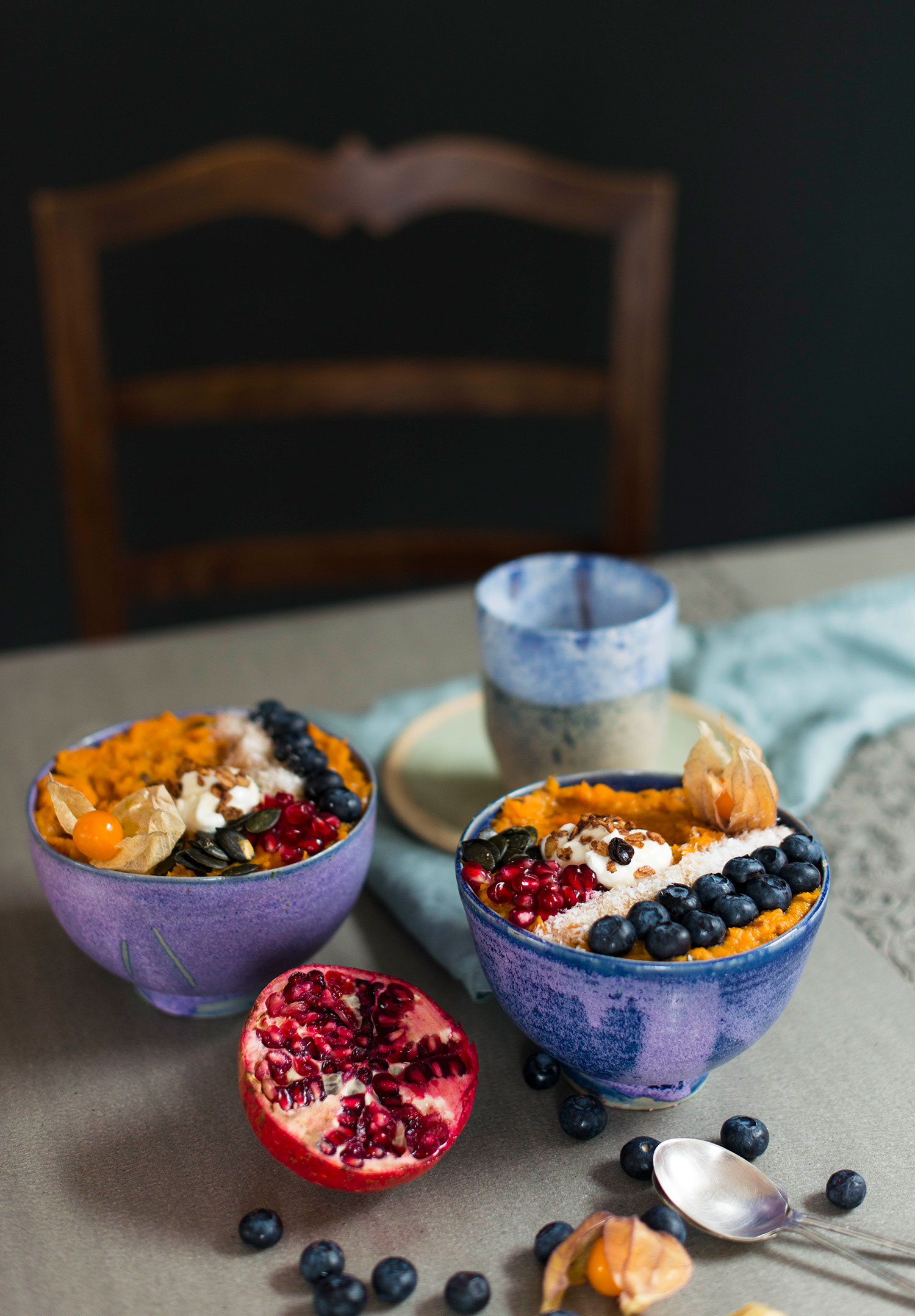 Let me know how you like the vegan sweet potato breakfast bowls! 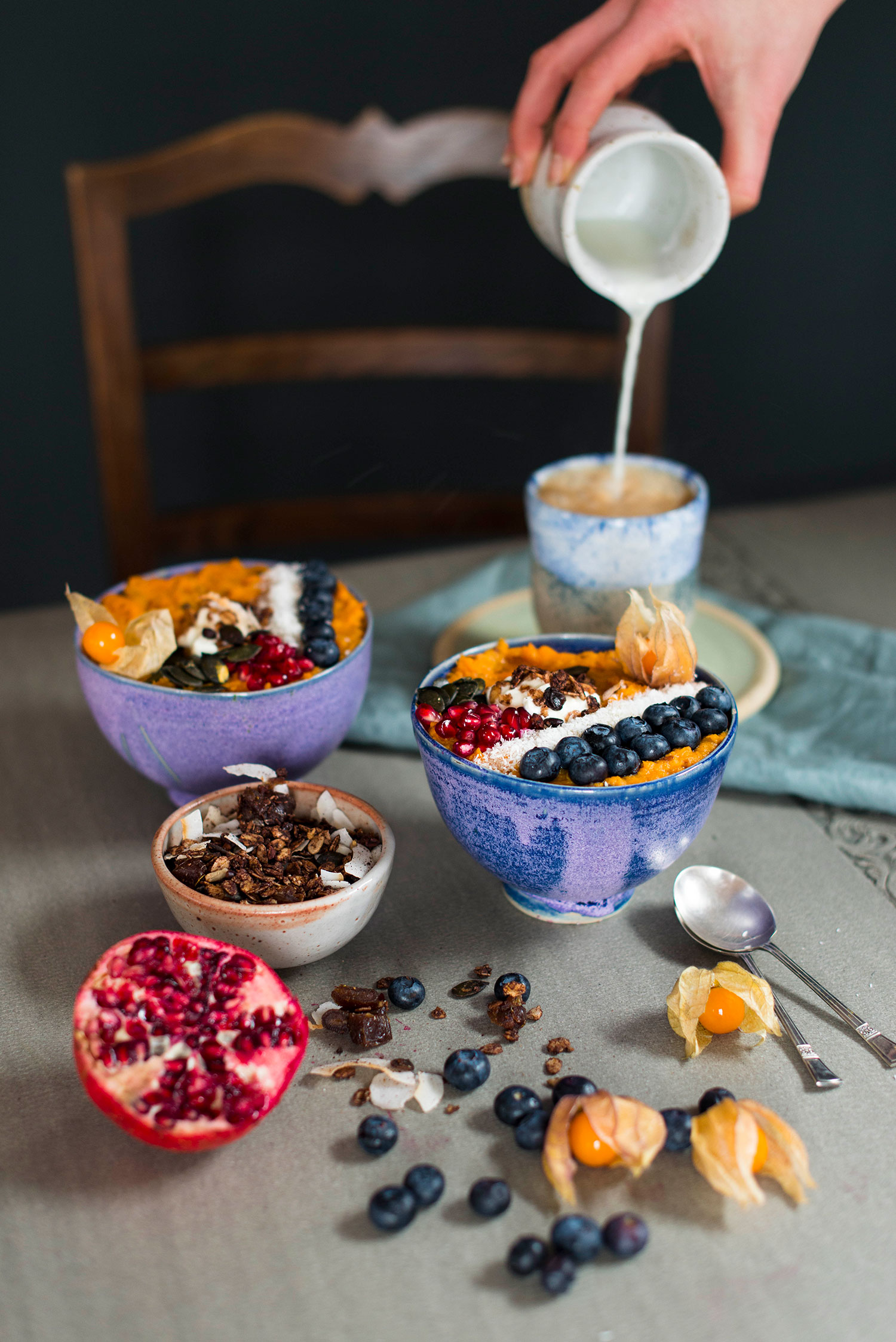 Method:
Preheat the oven to 200°C (upper and lower heat). Prick the sweet potatoes with a sharp knife several times. Place the sweet potatoes on a baking tray and roast for 60 minutes, until a caramel-like syrup runs out of the cut surfaces.

Add the cinnamon-infused milk, coconut oil, salt, raisins and flaxseed to the sweet potato, mix well and allow to soak for a few minutes. Divide the sweet potato over two bowls. 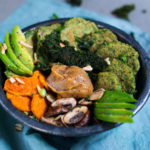 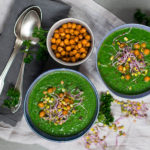