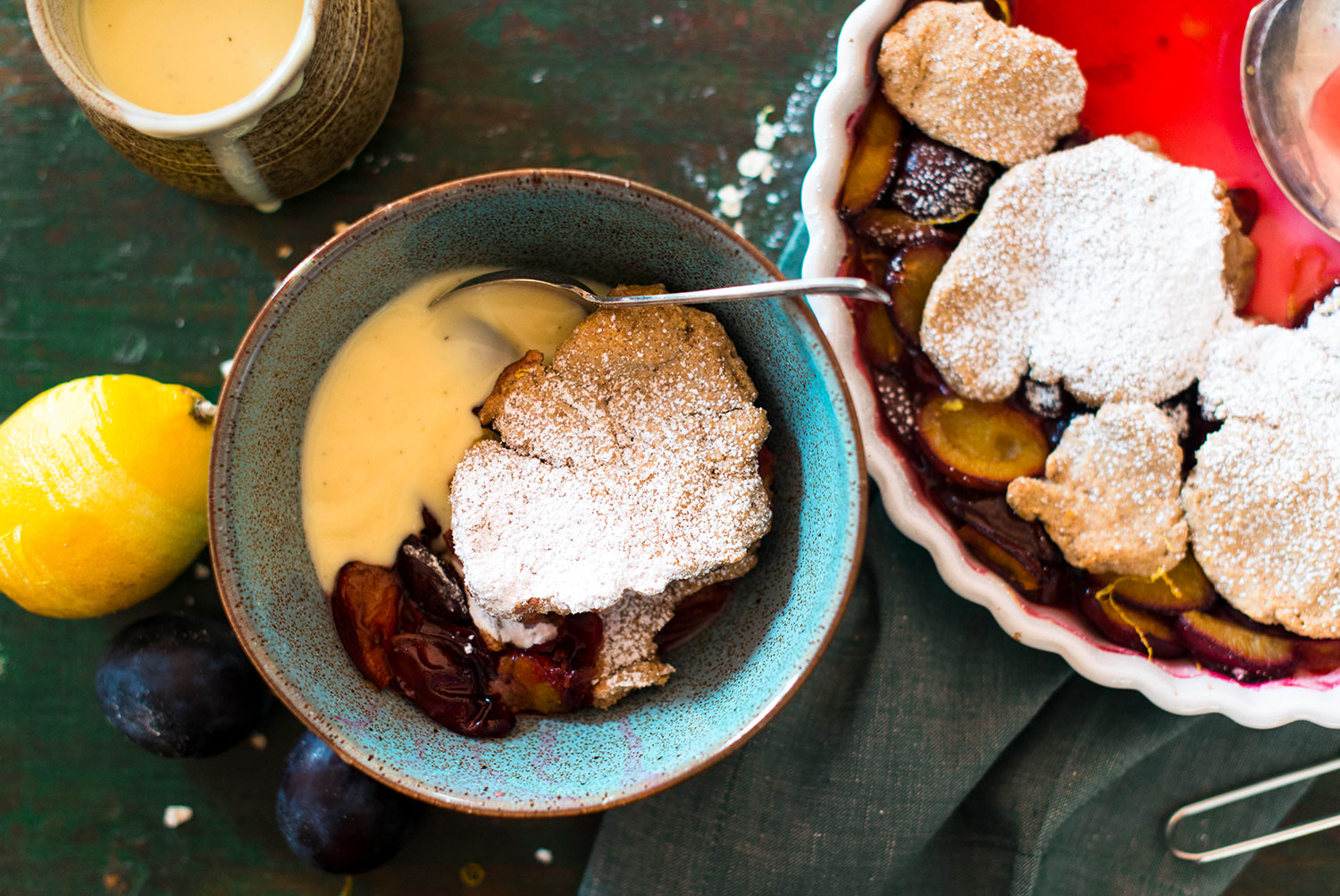 I remember being particularly excited about plum season during my childhood, because it meant jars and jars and jars of freshly cooked homemade plum jam, which my mum roasted in the oven overnight. The smell was incredible. Since I also love everything purple, I have a feeling plums and I are just made for each other. I bought the first German ones (we call them “Zwetschgen”) earlier this week, and made a delicious not-too-sweet European plum cobbler with vanilla sauce. Here’s the recipe for you! 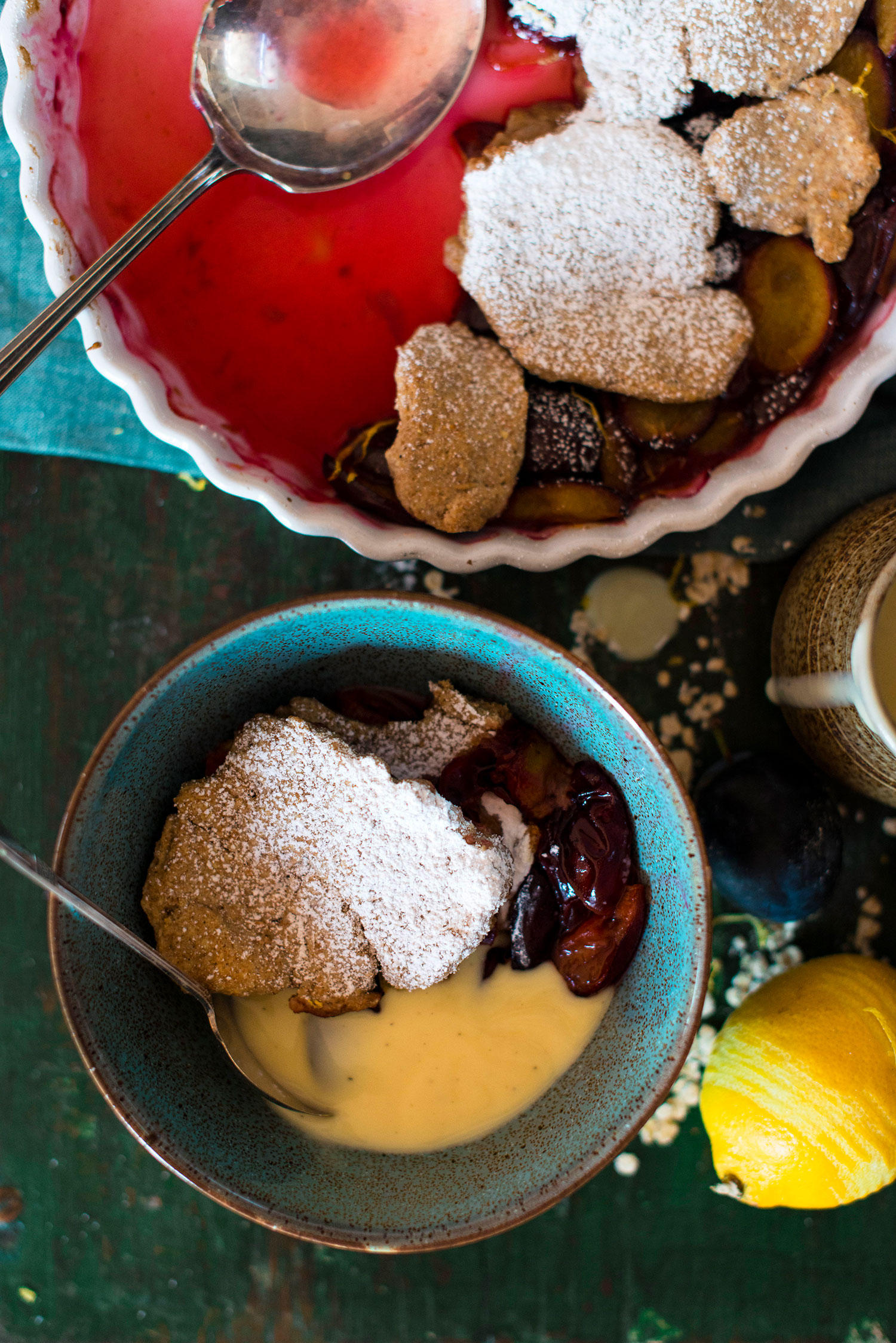 In case you are looking for further plum recipes: Try my oven-baked plum jam (inspired by my mum’s recipe!), pancakes with plum compote, a simple plum tart or a very delicious gluten-free buckwheat plum tart with thyme. 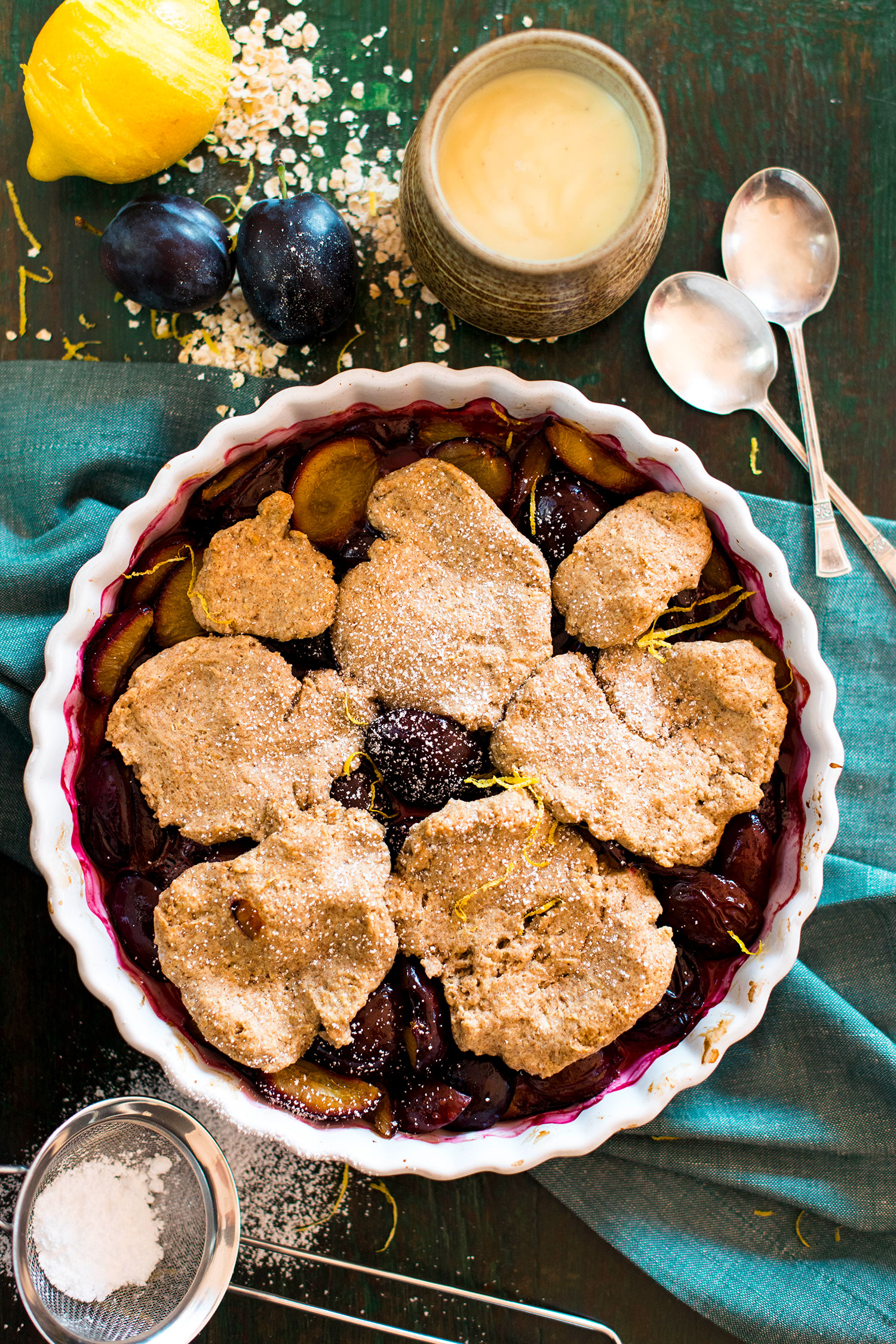 I admit I was a little lazy with the vanilla sauce – I used a shop-bought one! Shame on me. Do it better and make your own sauce, if you wish, or allow yourself to not aim for the highest at all times every now and then. 🙂 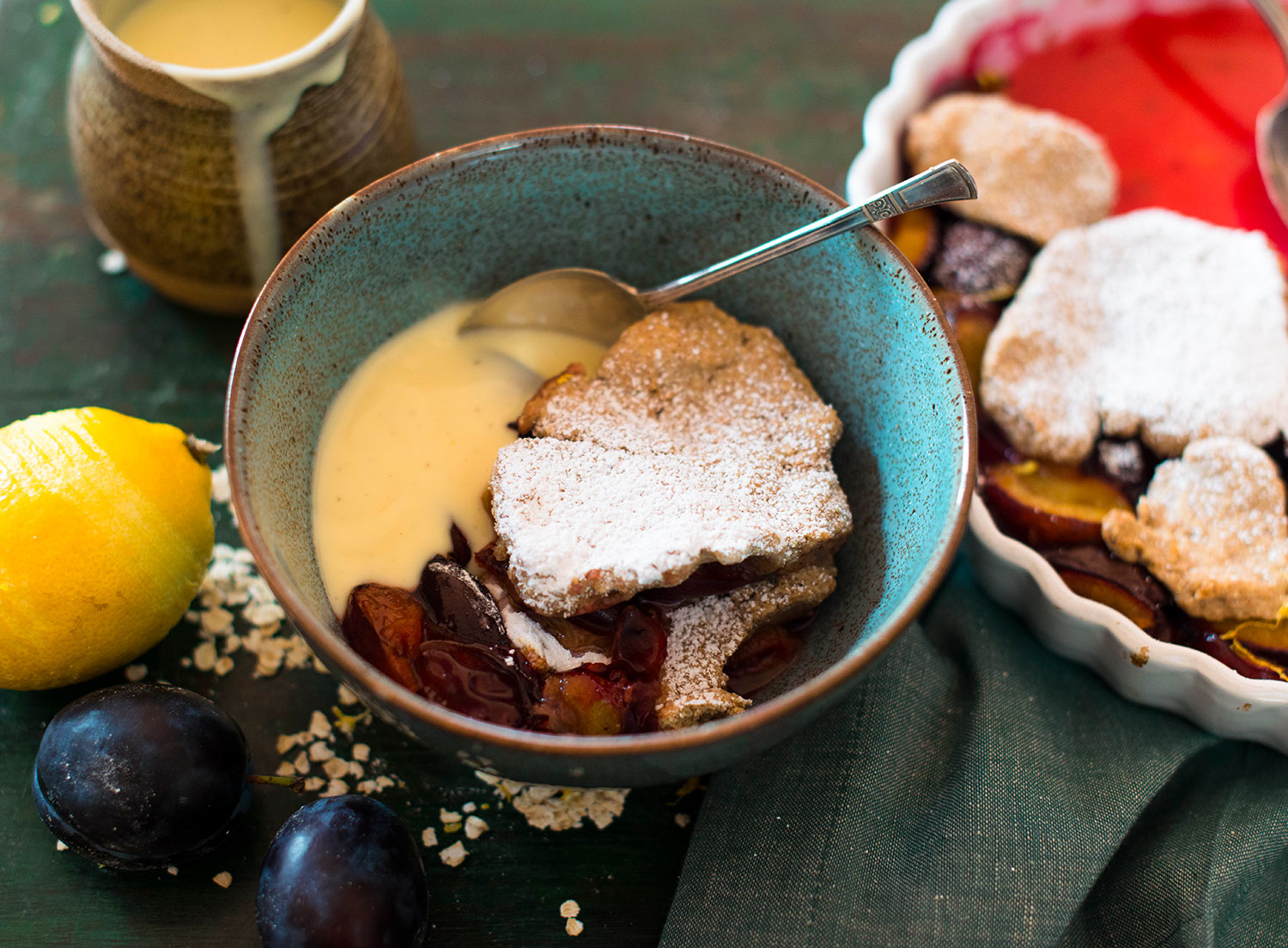 Wishing you the most wonderful Sunday of all! 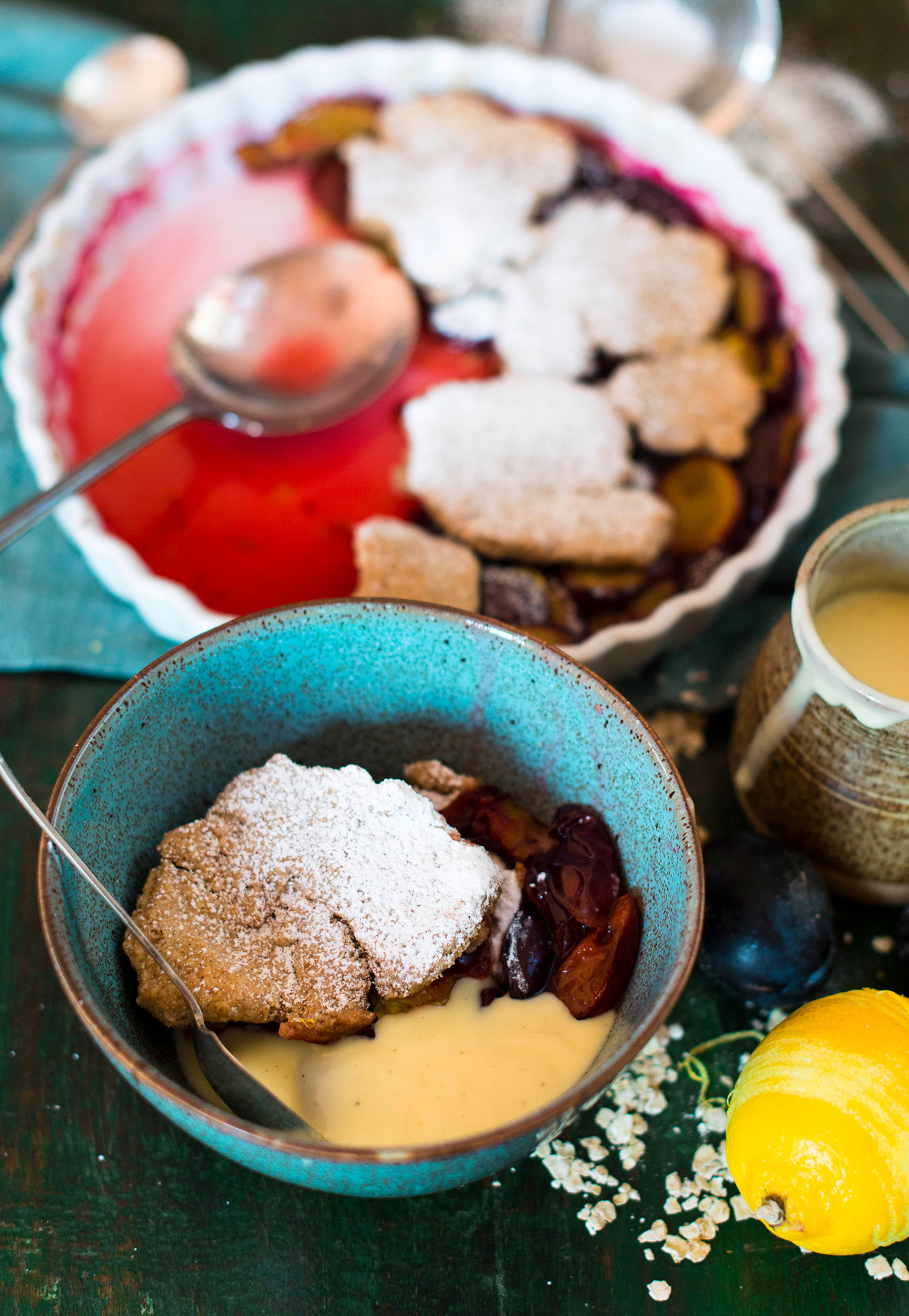 Method:
Preheat the oven to 200°C (upper and lower heat).

Wash the plums, cut them in halves or quarters, remove the stone. Mix plums with sugar, cinnamon and grated lemon zest, arrange the plums in a baking tin.

For the dough, mix sugar with oats and flours in a food processor (*). Add cold butter in chunks and the egg, mix again until a soft dough remains. If it is too crumbly, add a tablespoon of milk and mix again.

Bake the cobbler for 30 minutes in the hot oven, until the plums are juicy and soft and the dough is lightly brown.

(*) If you do not have a food processor, kneed the dough with your hands. 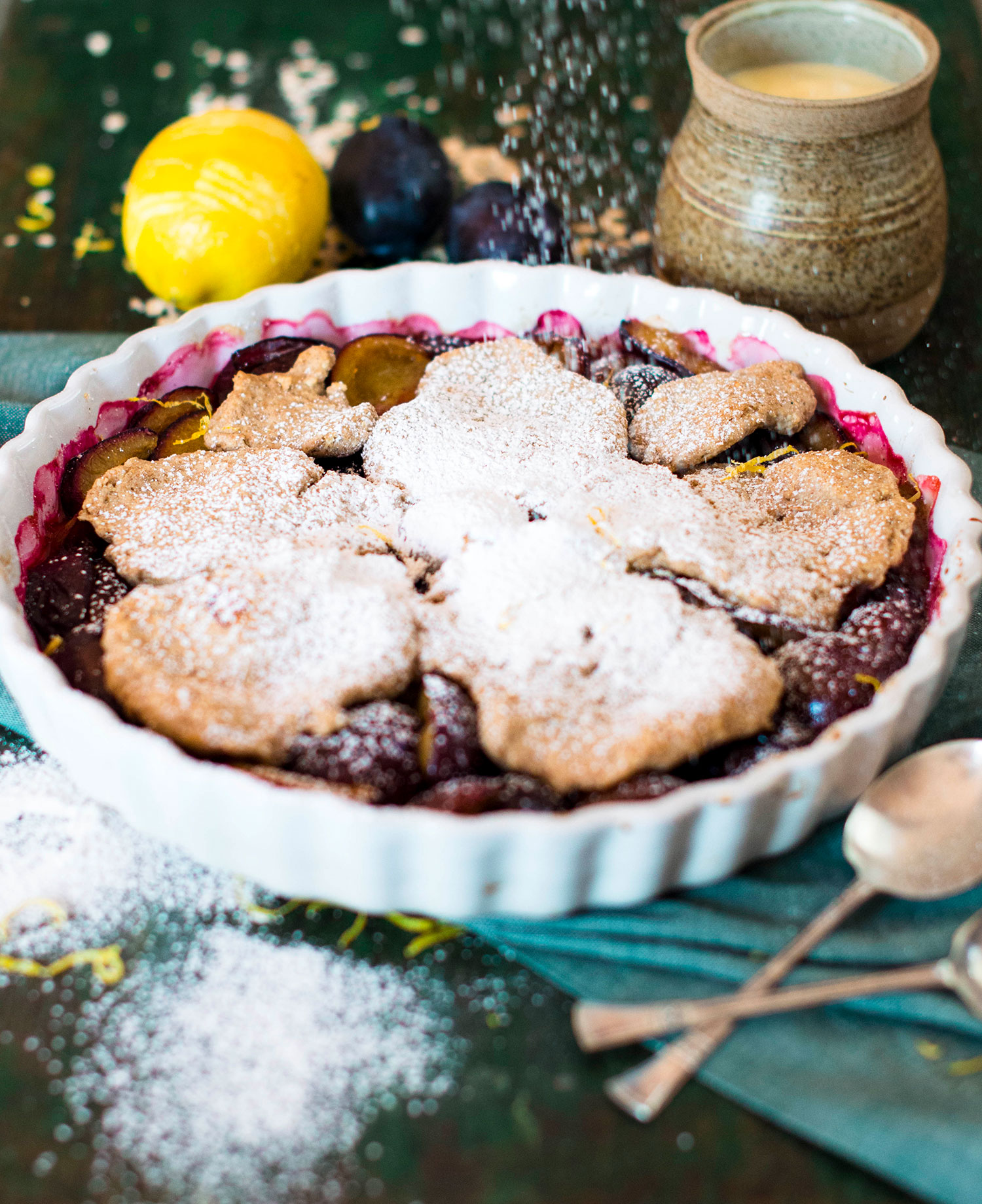 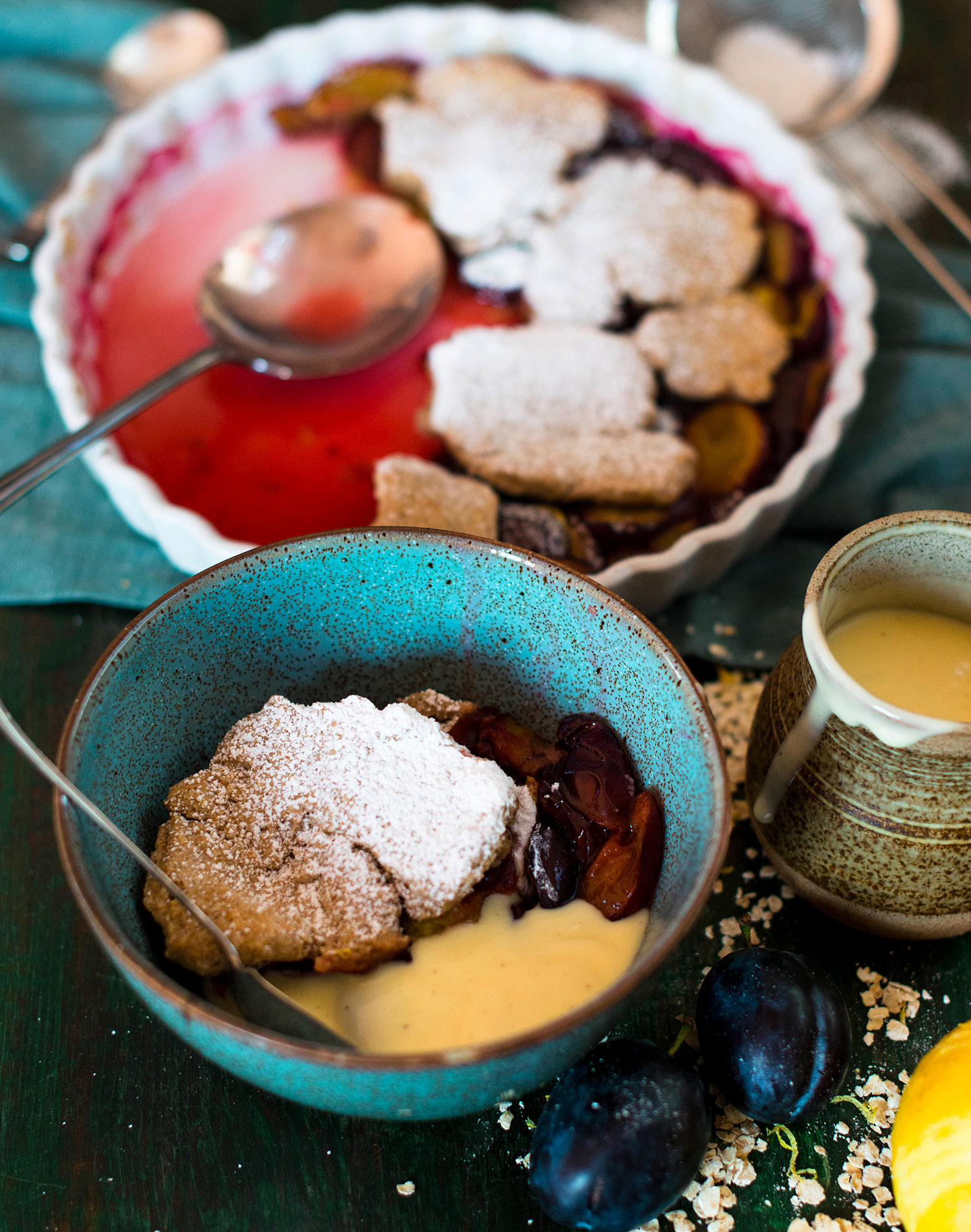 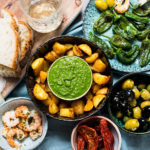 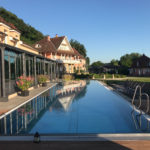